Vehicle recognition, including detection, tracking and identification, has been a research topic among automotive manufacturers, suppliers and universities for enhancing road safety.

For vehicle detection and tracking and intelligent transportation systems, lane marking detection is one of the key steps. Lane markings can be detected based on the camera inverse perspective mapping (IPM) and the assumption that the lane markings are represented by almost vertical bright lines of constant width, surrounded by a darker background.

The lanes can then be detected by using the camera inverse perspective mapping (IPM) and the Canny edge detector. 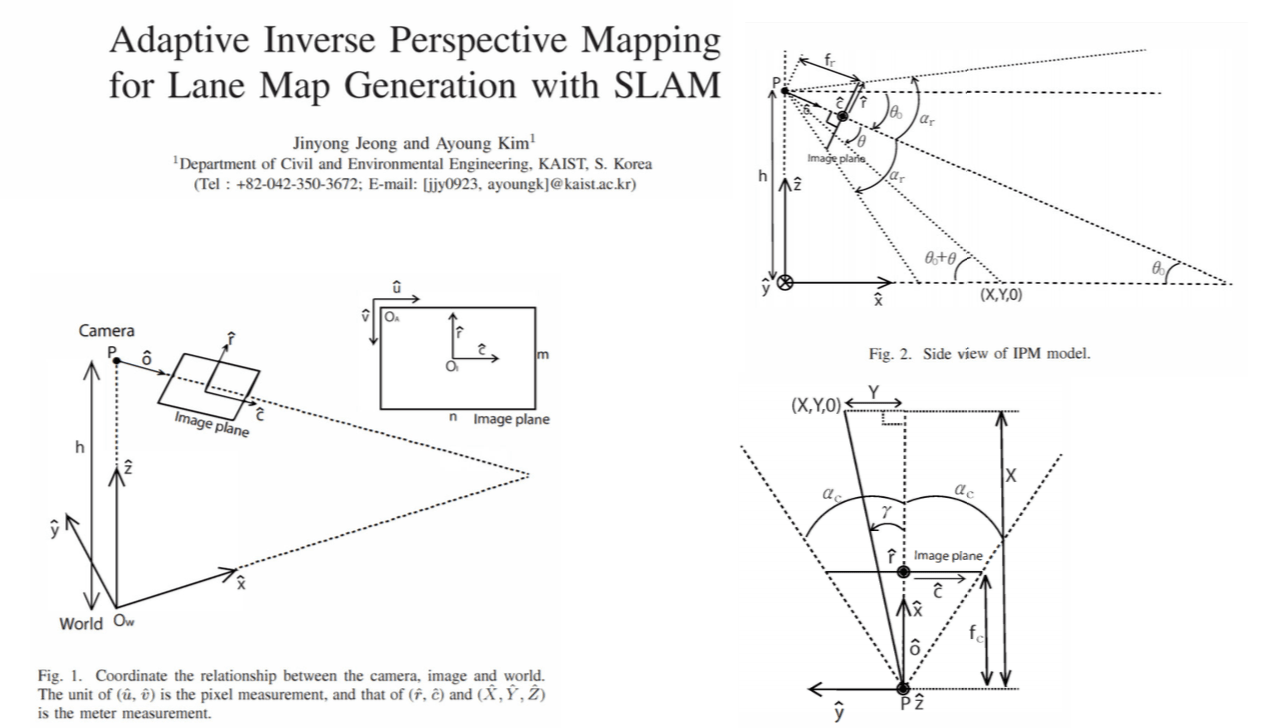 Canny edge detector is one of the most popular detectors of edge pixels. The edge detection process serves to simplify the analysis of images by drastically reducing the amount of data to be processed, while at the same time preserving useful structural information about object boundaries.

There are three common criteria relevant to edge detector performance. 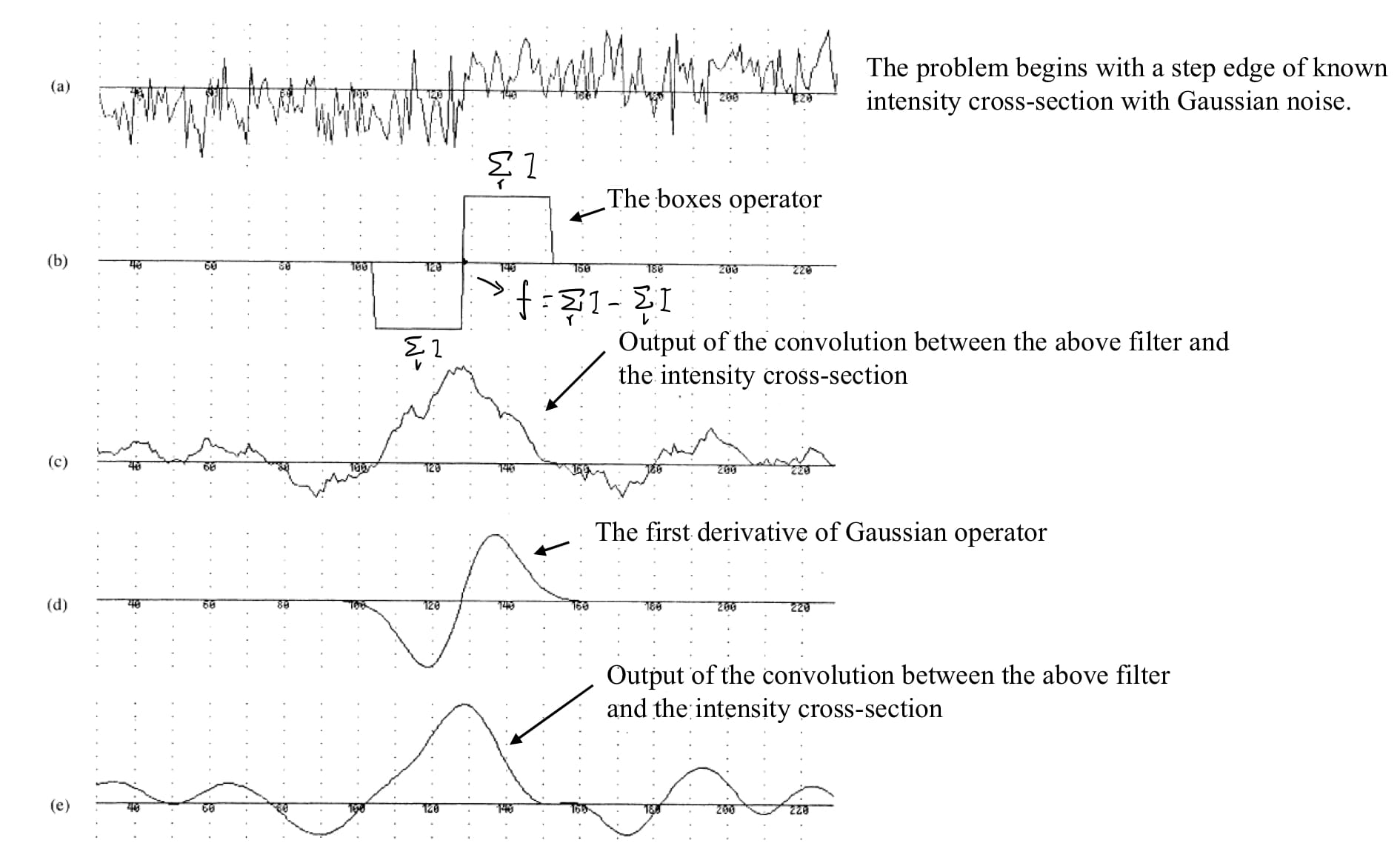 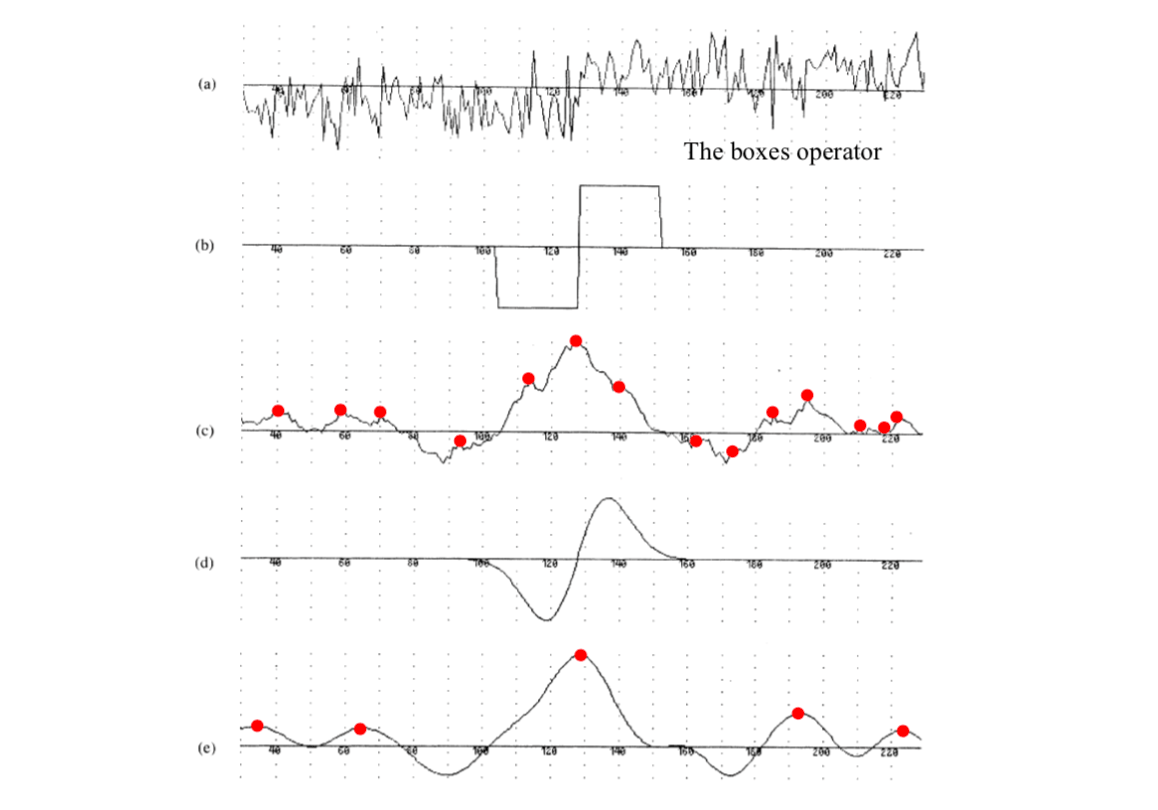 It is very difficult to find the function \(f\) (filter) which maximizes the detection and localization criteria subject to the multiple response constraint. Numerical optimization is therefore used.

The numerically estimated optimal edge detector can be approximated by the first derivative of a Gaussian G, where \[ G(x)=\exp(-\frac{x^2}{2\sigma^2})\\ f(x)=G'(x)=-\frac{x}{\sigma^2}\exp(-\frac{x^2}{2\sigma^2}) \] For 2D, the solution proposed by Canny amounts to convolving the initial image with a Gaussian function followed by computation of the derivatives in \(x\) and \(y\) of the result.

There are three main steps in the Canny edge detection

Vehicle Detection based on Symmetry

Vehicle detection is based on the assumption that the rear or frontal views of the vehicles are generally symmetric; can be characterized by a rectangular bounding box which satisfies specific aspect ratio constraints and is placed in a specific region of the image, e.g., within lanes.

These features are used to identify vehicles in the image. 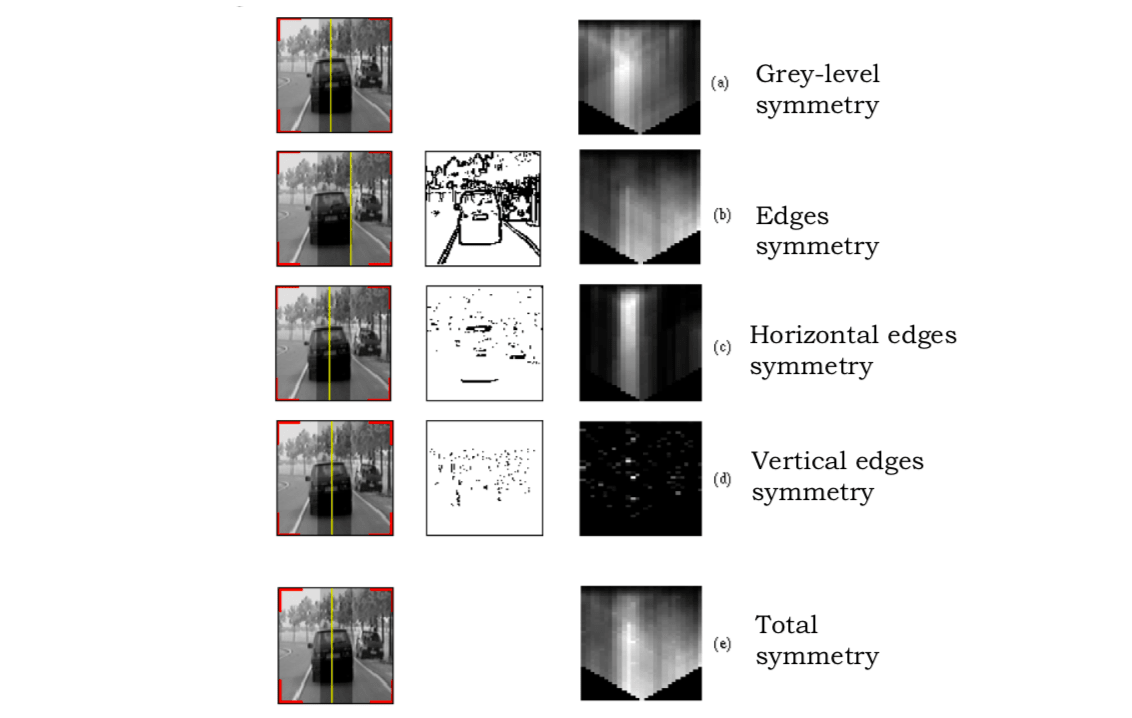 Vertical and horizontal binary edges can help solve the problems of strong reflection areas in the vehicle images. The analysis of symmetry produces symmetry maps for gray-level intensity, edge (total), horizontal edge, vertical edge and total (combined) symmetry. The symmetry axis can be found from the total symmetry map.

After detecting the symmetry axis, the width of the symmetrical region is checked for the presence of two corners representing the bottom of the bounding box around the vehicle.

Once the two corners are detected, the top side of the rectangle box can be detected by searching. 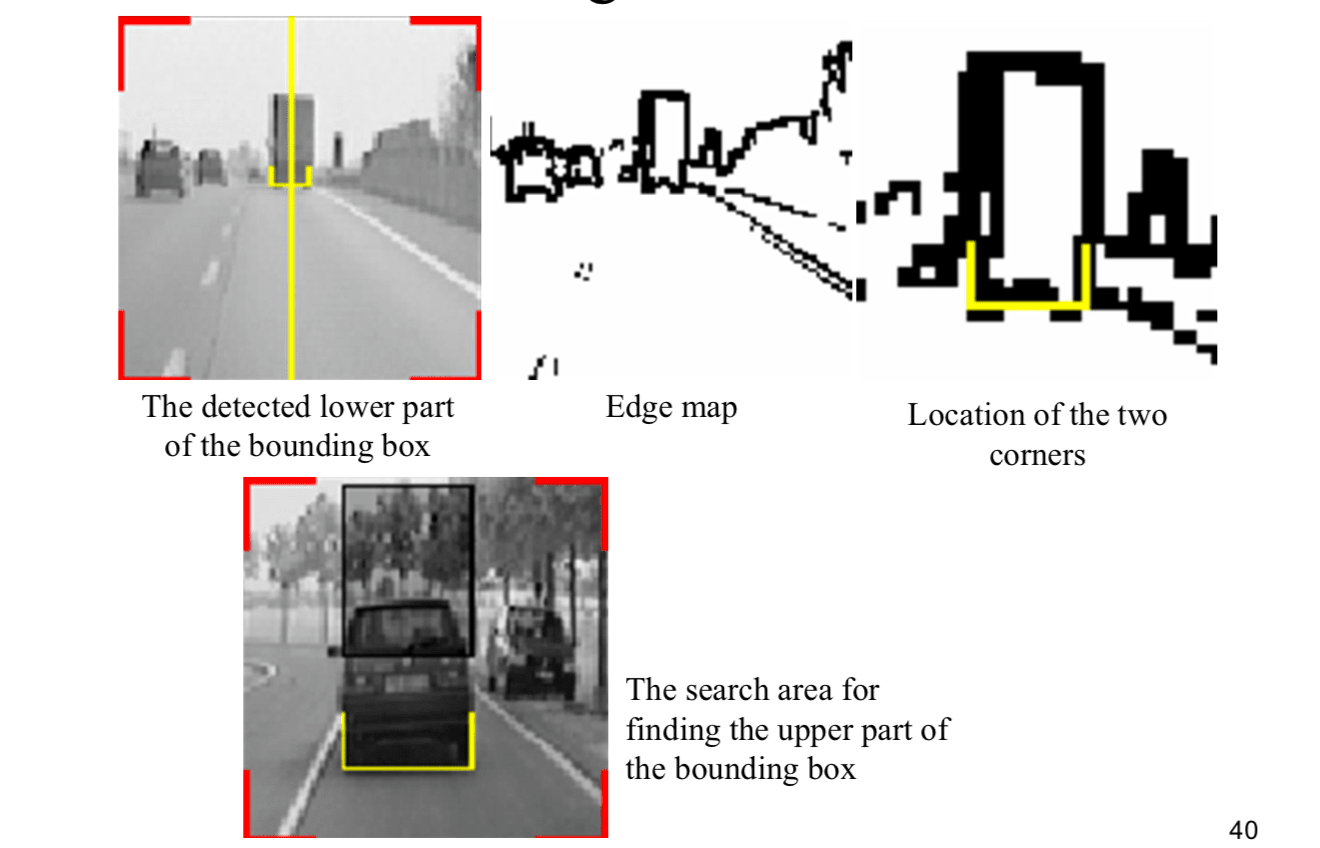 Visual Saliency For Detection and Tracking

Visual saliency refers to the idea that certain parts of a scene are pre-attentively distinctive (pop-out) and create some form of immediate significant visual arousal within the early stages of the Human Visual System (HVS). The figure below is an example.

In image analysis, an edge is a pop-out region (region of saliency) since the edge is more visually significant than the other parts of the image.

The salient points are literally the points on the object which are almost unique. These points maximize the discrimination between objects. The visual saliency is defined in terms of local signal complexity. 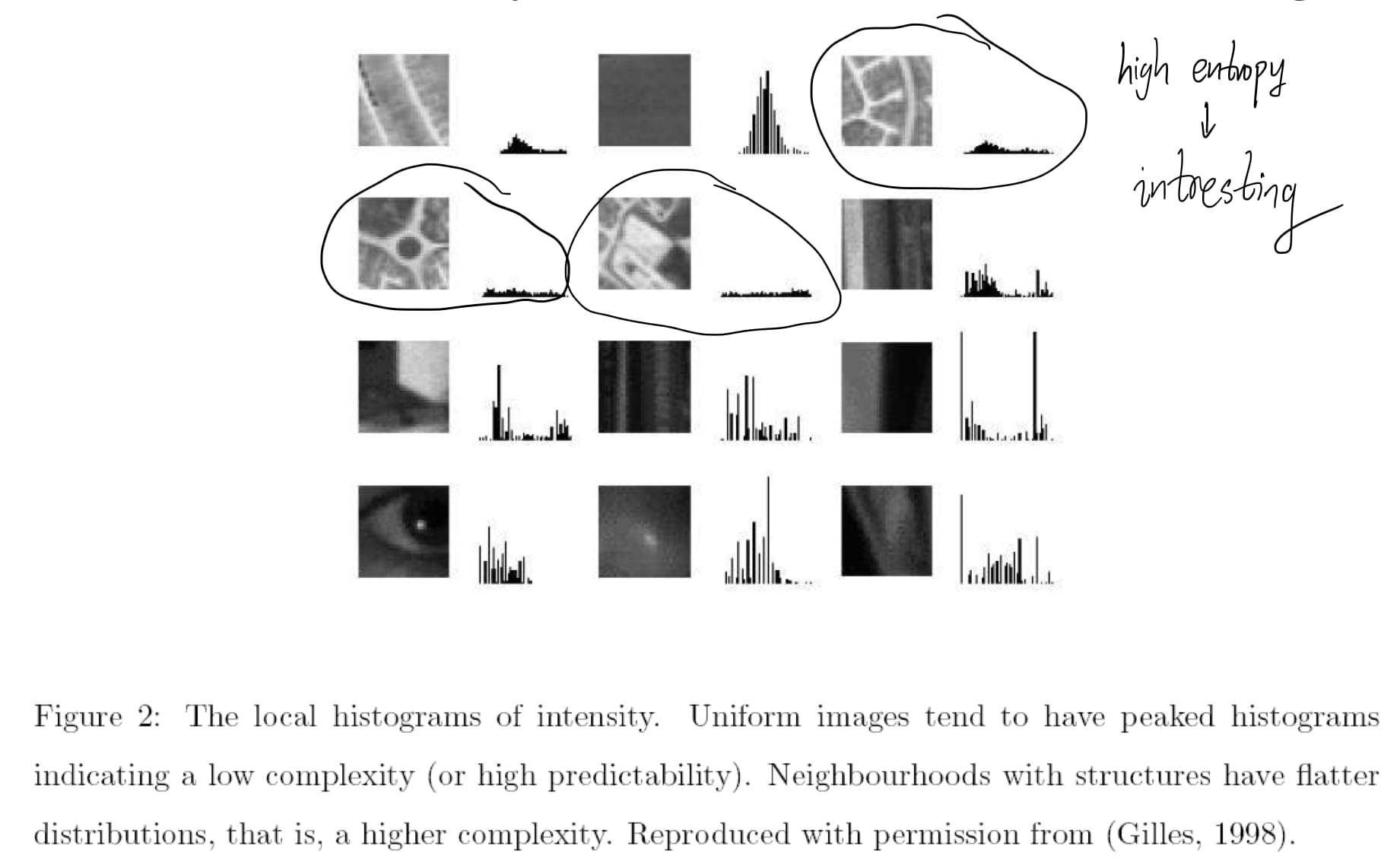 Below are sample frames from the processed sequences using a fixed scale based on local entropy. Red square boxes represent the most salient icons or parts of the image. The size of the local window or scale and threshold used were selected manually to give the most satisfactory results. 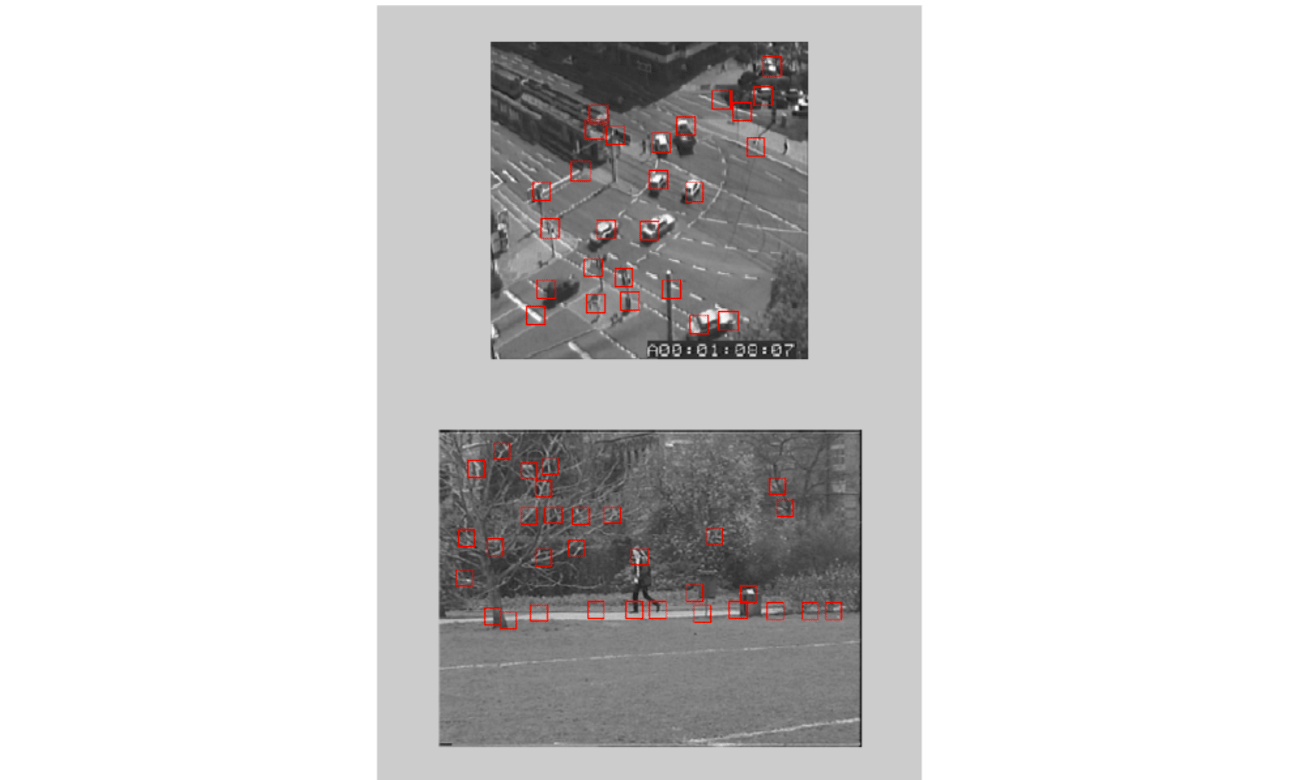 Therefore, scale is an important and implicit part of the saliency detection problem.

Scale is selected based on the scale-space behavior of the saliency of a given feature.

For each pixel position \(x\) 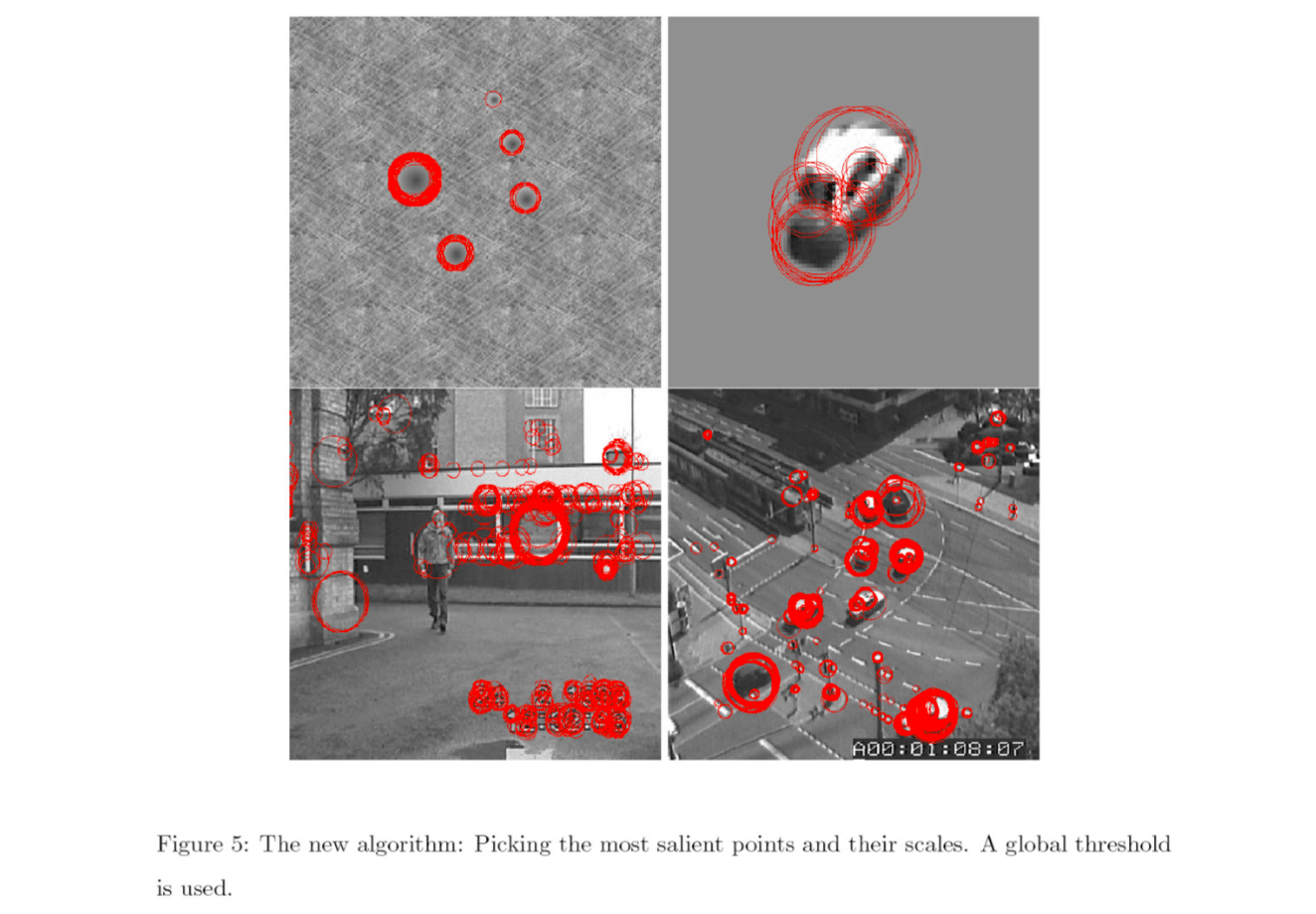 Vehicles can be detected by using AdaBoost. 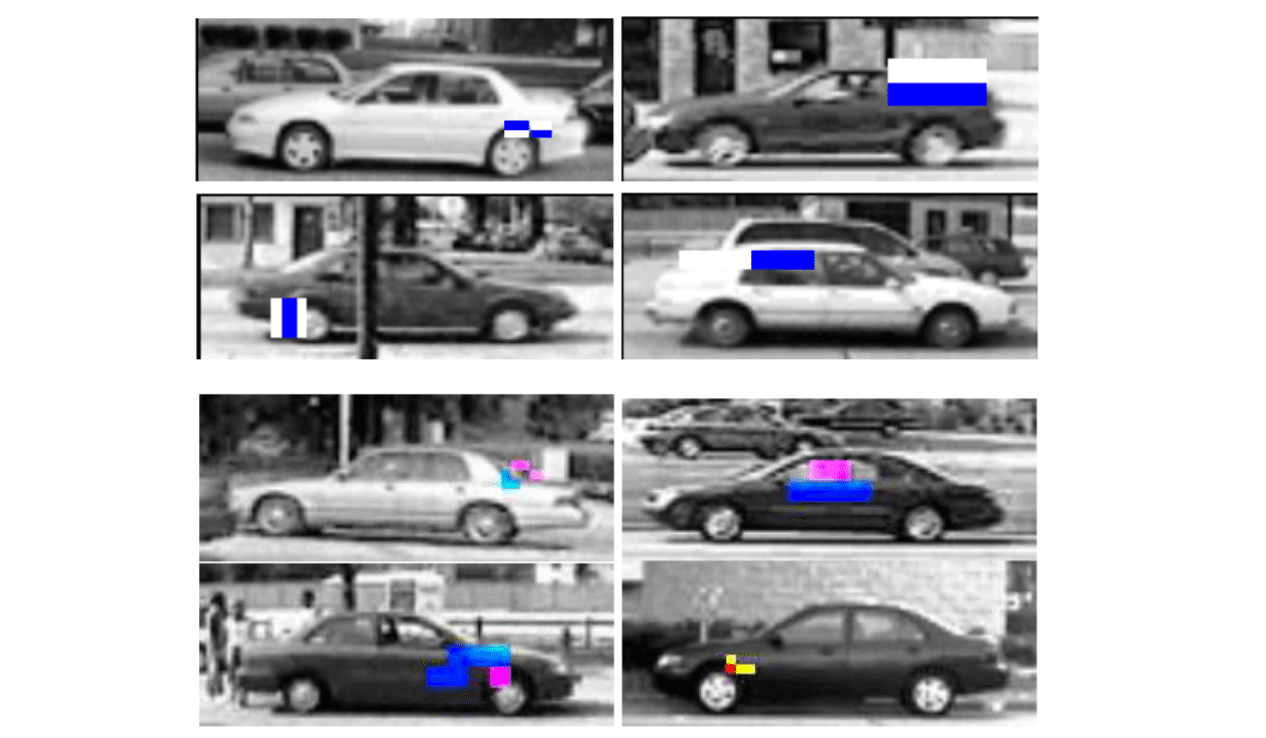 By using the AdaBoost, vehicles in their lateral view can be detected in real time.

After vehicle detection, the vehicle can be recognition by using PCA and classification methods, e.g., k-NN or Bayesian methods. 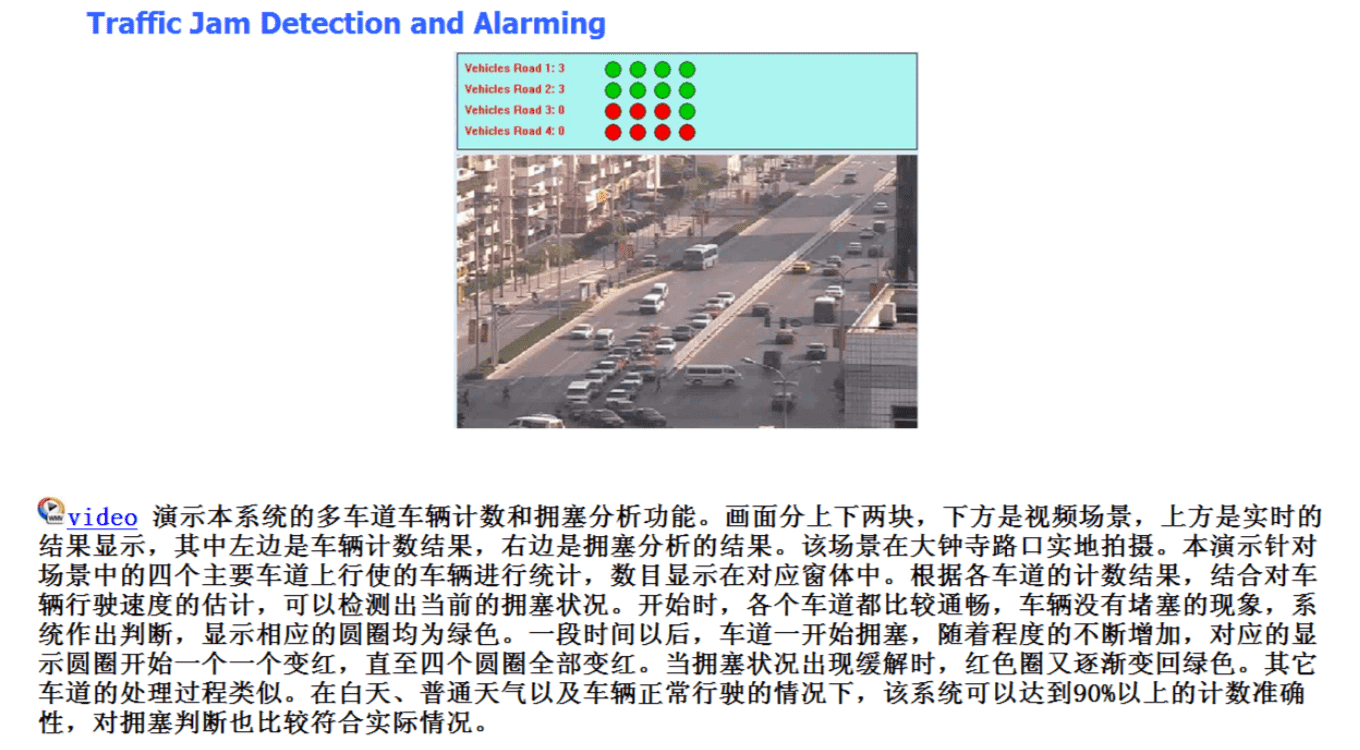