Microeconomics - Interdependence and the Gains from Trade

A Parable for the Modern Economy

The graph shows the various mixes of output that an economy can produce and illustrate that people face trade-offs. 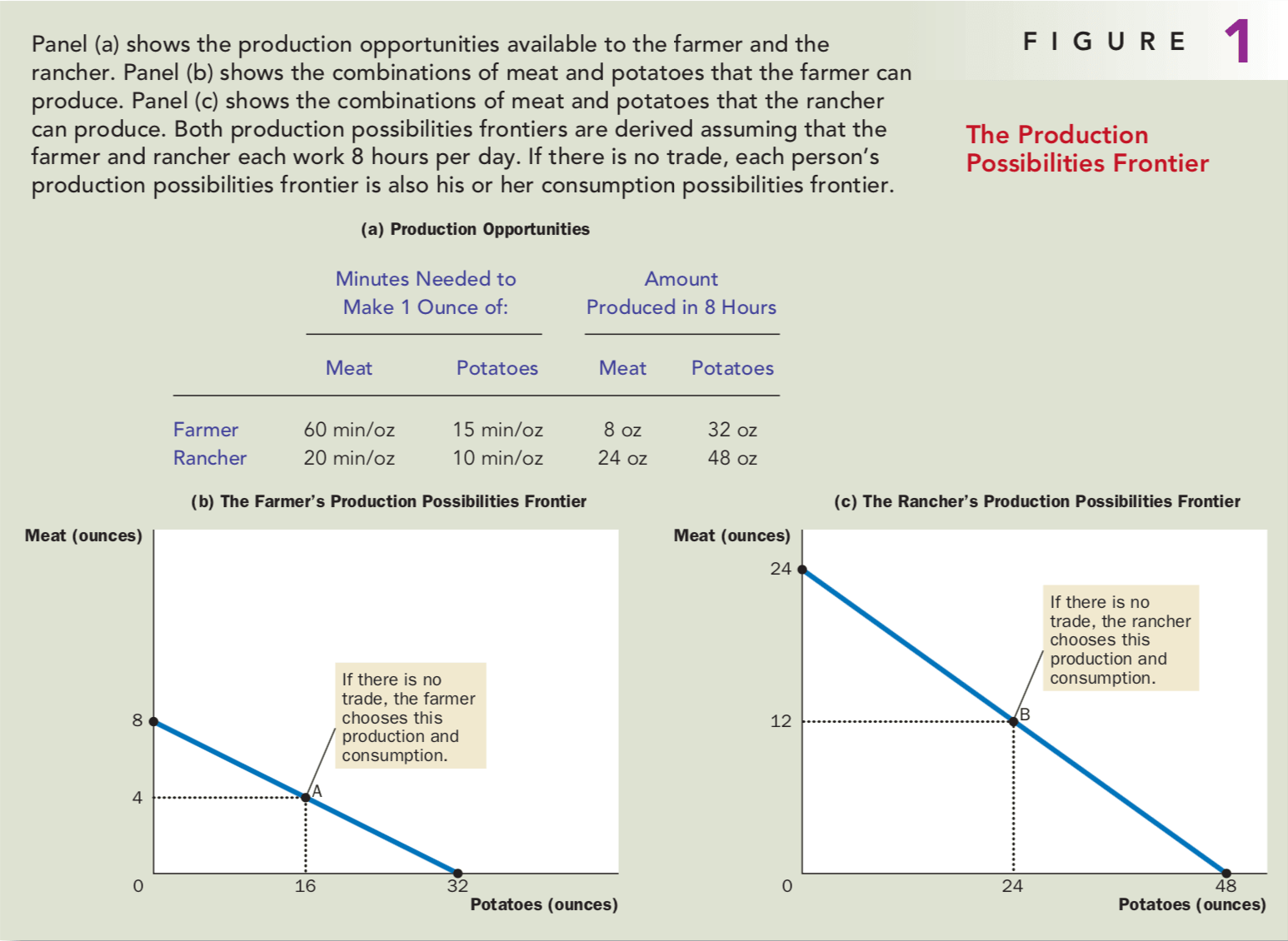 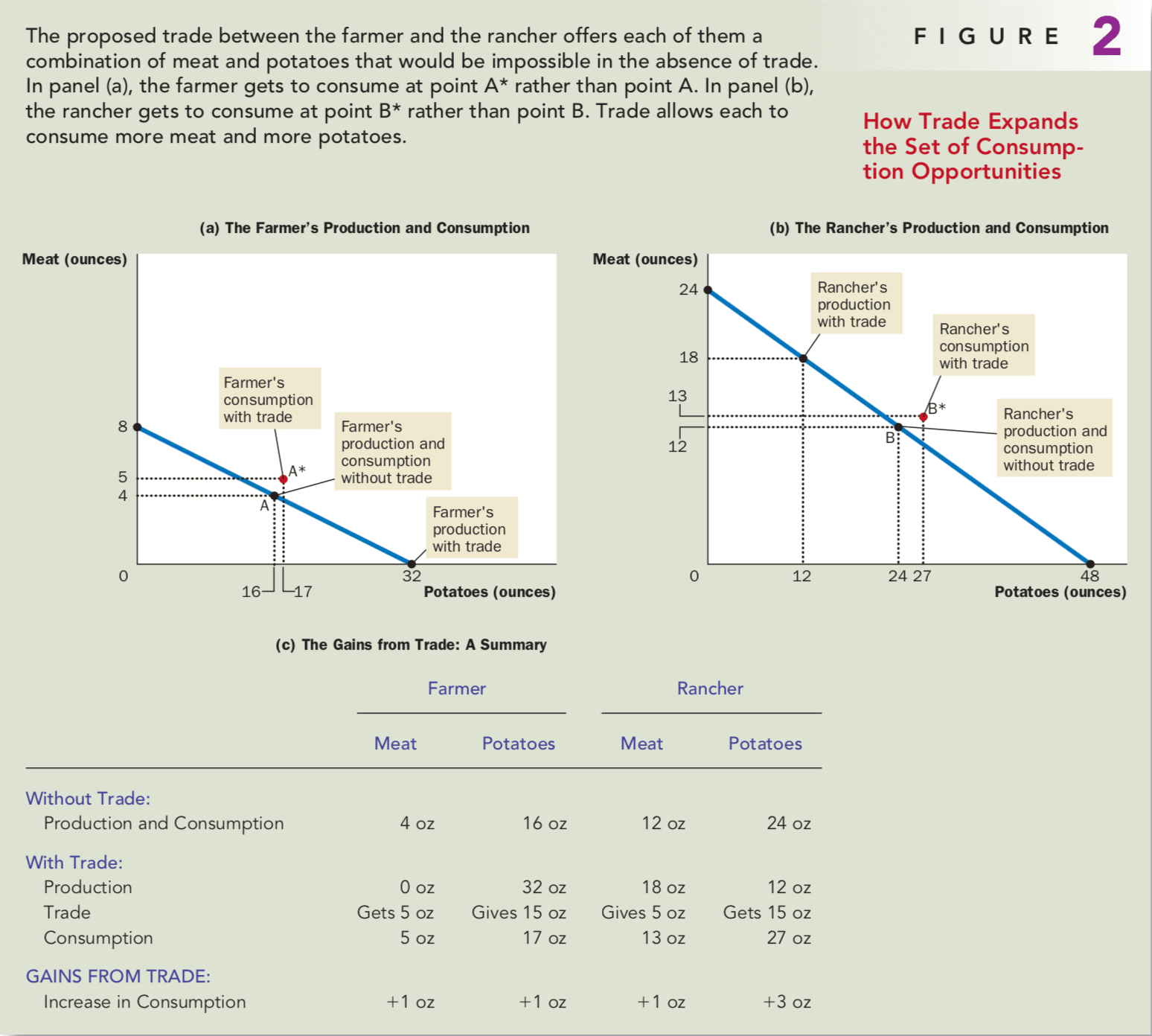 The farmer and rancher can both benefit because trade allows each of them to specialize in doing what they do best. The farmer will spend more time growing potatoes and less time raising cattle. The rancher will spend more time raising cattle and less time growing potatoes. As a result of specialization and trade, each of them can consume more meat and more potatoes without working any more hours.

The puzzle is why the rancher does better in both fields, he still gain from trade? To solve this puzzle, we should answer first who has a lower cost to produce potatoes?

Conclude: Trade can benefit everyone in society because it allows people to specialize in activities in which they have a comparative advantage.

The Price and The Trade

For both parties to gain from trade, the price at which they trade must lie between the two opportunity costs.

Should Tiger Woods Mow His Own Lawn?

Clearly, Tiger Woods has an absolute advantage in mowing the lawn but he has a higher opportunity cost in doing it because he could spend 2 hours filming a commercial advertisement earning $10000 while Forrest can only earn $20 in 4 hours. So Tiger should hire Forrest to mow the lawn and both of them will better off as long as the payment is between $20 and $10000.

Should the United States Trade With Other Countries?

International trade can make some individuals worse off, even as it makes the country as a whole better off. When the US exports food and imports cars, the impact on an American farmer is not the same as the impact on an American autoworker. Yet, international trade is not like war, in which some countries win and others lose. Trade allows all countries to achieve greater prosperity.