RL, especially DRL (Deep Reinforcement Learning) has been an fervent research area during these years. One of the most famous RL work would be AlphaGo, who has beat Lee Sedol, one of the best players at Go, last year. And in this year (2017), AlphaGo won three games with Ke Jie, the world No.1 ranked player. Not only in Go, AI has defeated best human play in many games, which illustrates the powerful of the combination of Deep Learning and Reinfocement Learning. However, despite AI plays better games than human, AI takes more time, data and energy to train which cannot be said to be very intelligent. Still, there are numerous unexplored and unsolved problems in RL research, that's also why we want to learn RL.

This is the first note of David Silver's RL course.

Reinforcement Learning is one of the three major branches of Machine Learning, and is also the intersect of many different disciplines, as the following two figure illustrated. 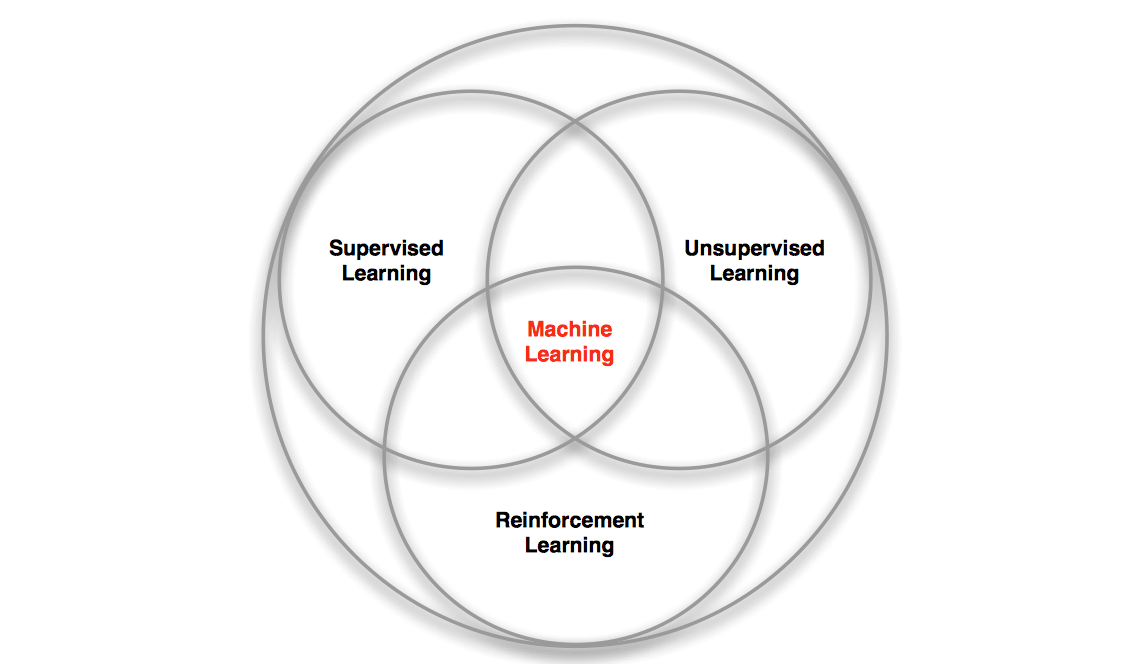 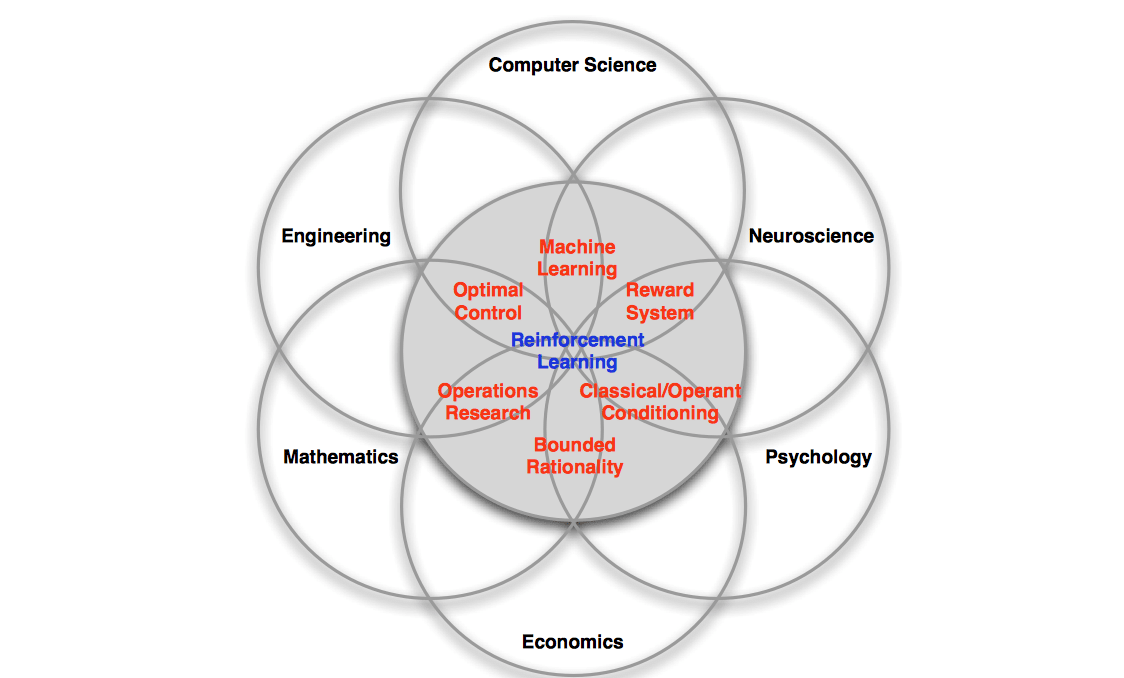 There are several reasons that makes reinforcement learning different from other machine learning paradigms:

There are some examples of Reinforcement Learning:

We say RL do not have a supervisor, just a reward signal. Then what is reward ?

Reinforcement Learning is based on the reward hypothesis, which is

All goals can be described by the maximisation of expected cumulative reward.

There are some examples of rewards :

So, according to the reward hypothesis, our goal is to select actions to maximise total future reward. Actions may have long term consequences as well as reward may be delayed. It may be better to sacrifice immediate reward to gain more long-term reward. For instance, a ﬁnancial investment may take months to mature and a helicopter might prevent a crash in several hours. 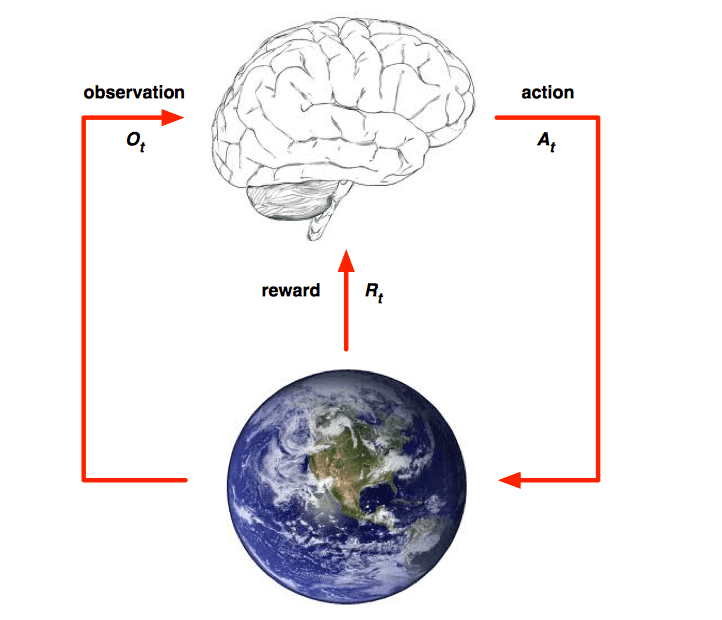 Agents and envrionments are big concepts in RL. They have following relationships:

What happens next depends on the history:

State is the information used to determine what happens next. Formally, state is a function of the history: \[ S_t = f(H_t) \] Environment State

The agent state \(S^a_t\) is the agent's internal representation, i.e. whatever information the agent uses to pick the next action. It is the information used by reinforcement learning algotithms. It can be any function of history: \[ S^a_t=f(H_t) \] Information State

An information state (a.k.a. Markov state) contains all useful information from the history.

The above formular means:

Here is an example to explain what is state, imagine you are a rat and your master would decide whether to excuted you or give you a pice of cheese. The master makes decisions according to a sequence of signals, the first two sequence and the result are shown in the figure below:

The question is, what would you get if the sequence is like below:

Well, the answer you may give is decided by what is your agent state：

In this situation, agent must construct its own state representation \(S^a_t\), e.g.

Inside An RL Agent

There are three major components of an RL agent, actually, an agent may include one or more of these:

A Policy is the agent's behaviour, it is a map from state to action, e.g. 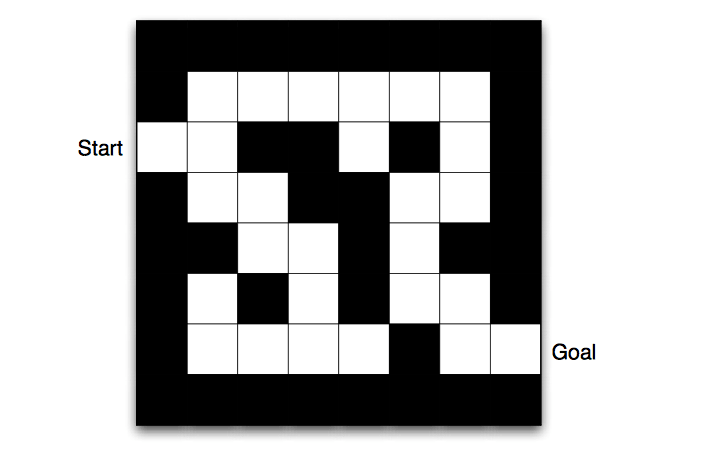 Let an RL agent to solve the maze, the parameters are: 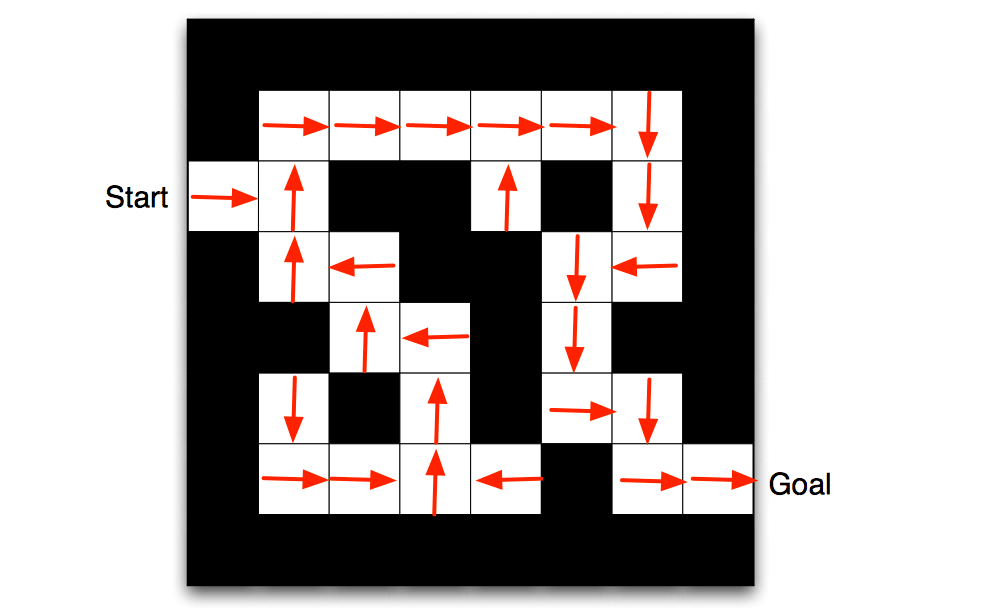 And the value function at each state would be (numbers represent value \(v_\pi(s)\) of each state \(s\)): 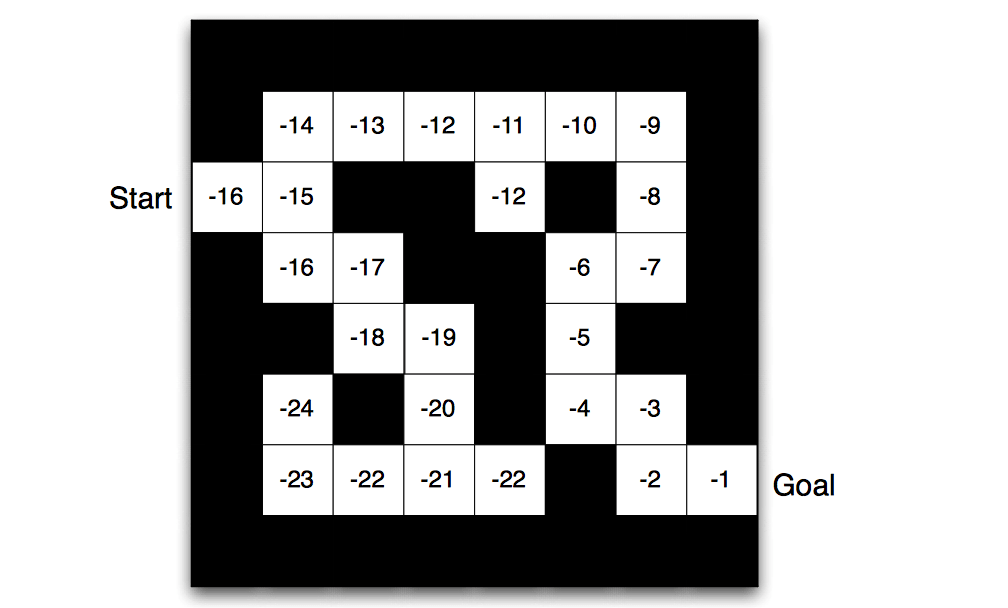 Model could be visualize as following: 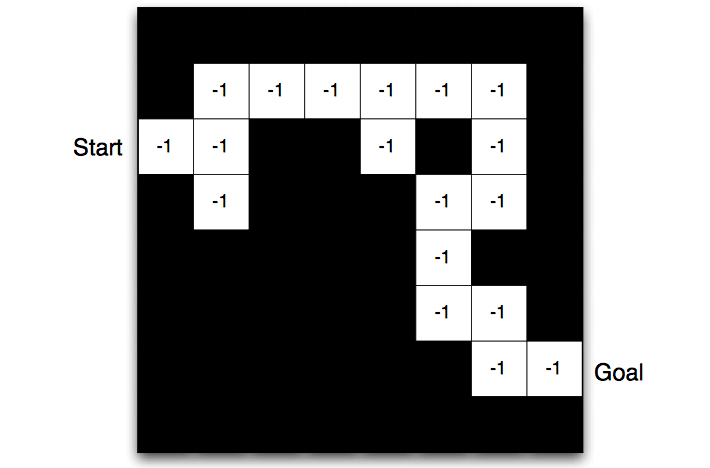 RL agents could be categorized into several categories: 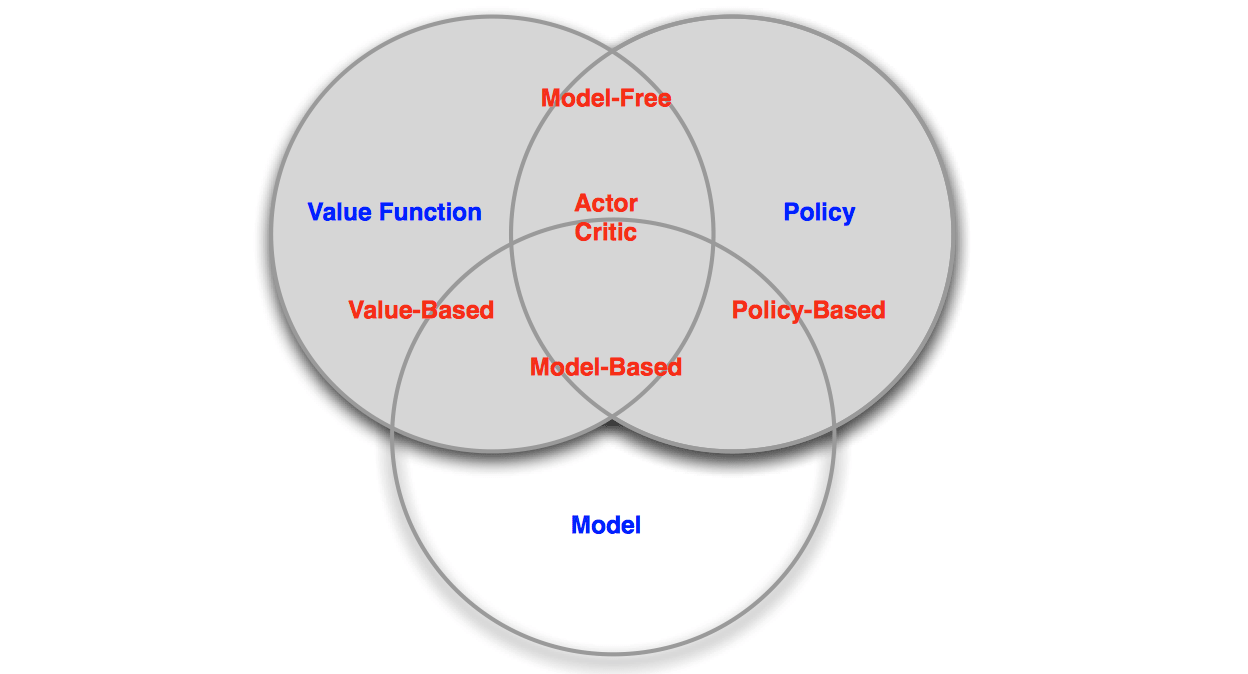 This section only proposes questions without providing the solutions. 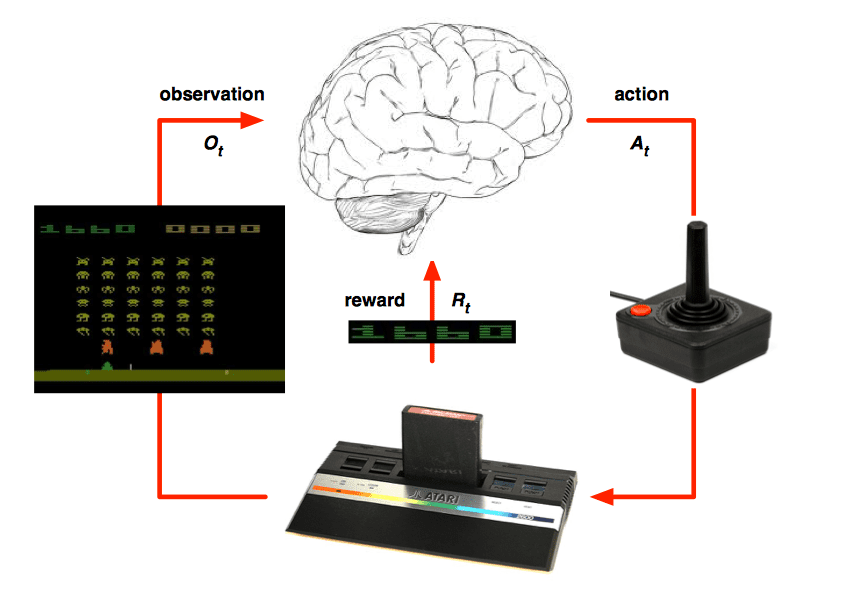 In atari games, rules of the game are unknown, the agent learns directly from interactive game-play by picking actions on joystick and seeing pixels and scores. 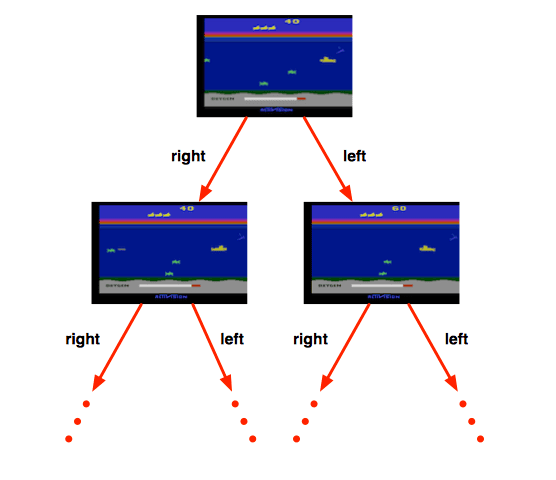 In such case, rules of the game are known, which means the agent could query the emulator as known as a perfect model inside agent's brain. Agents need plan ahead to ﬁnd optimal policy, e.g. tree search.

End. Next note will introduce the Markov Decision Processes.