Question answering (QA) is a computer science discipline within the fields of information retrieval and natural language processing (NLP), which is concerned with building systems that automatically answer questions posed by humans in a natural language.

Why do we care about QA ?

Because QA is awesome

Many possible taxonomies for questions:

For the purposes of building QA systems it is useful to start by considering the sources an answer may be drawn from. Focus on the answer rather than the question.

Semantic Parsing is the process of mapping natural language into a formal representation of its meaning. Depending on the chosen formalism this logical representation can be used to query a structured knowledge base.

We (often mistakenly) then assume that LF→Answer is trivial.

There are several (large) databases freely available to use, e.g.:

These kinds of datasets are incredibly expensive to create as they require experts for the manual annotation process, who are trained in using a given database schema:

Semantic parsing can be viewed as a sequence to sequence model, not unlike machine translation.

Semantic parsing frequently reduce the reliance on supervised data (language-logical form) by exploiting other types of data such as question-answer pairs or corpora of questions only. 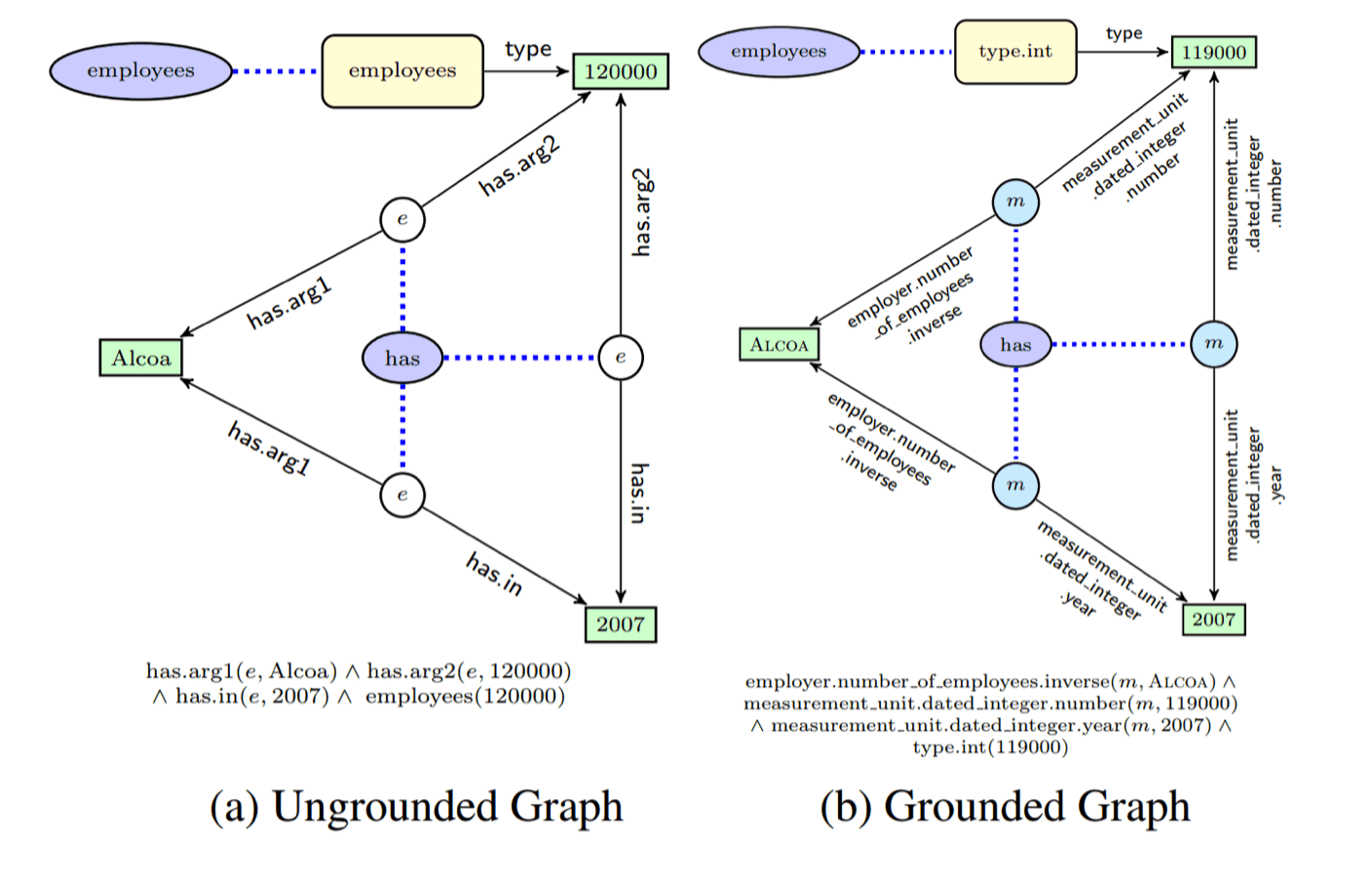 We can apply the same idea to neural semantic parsing, and further take mechanisms from machine translation to improve performance and data eﬃciency: 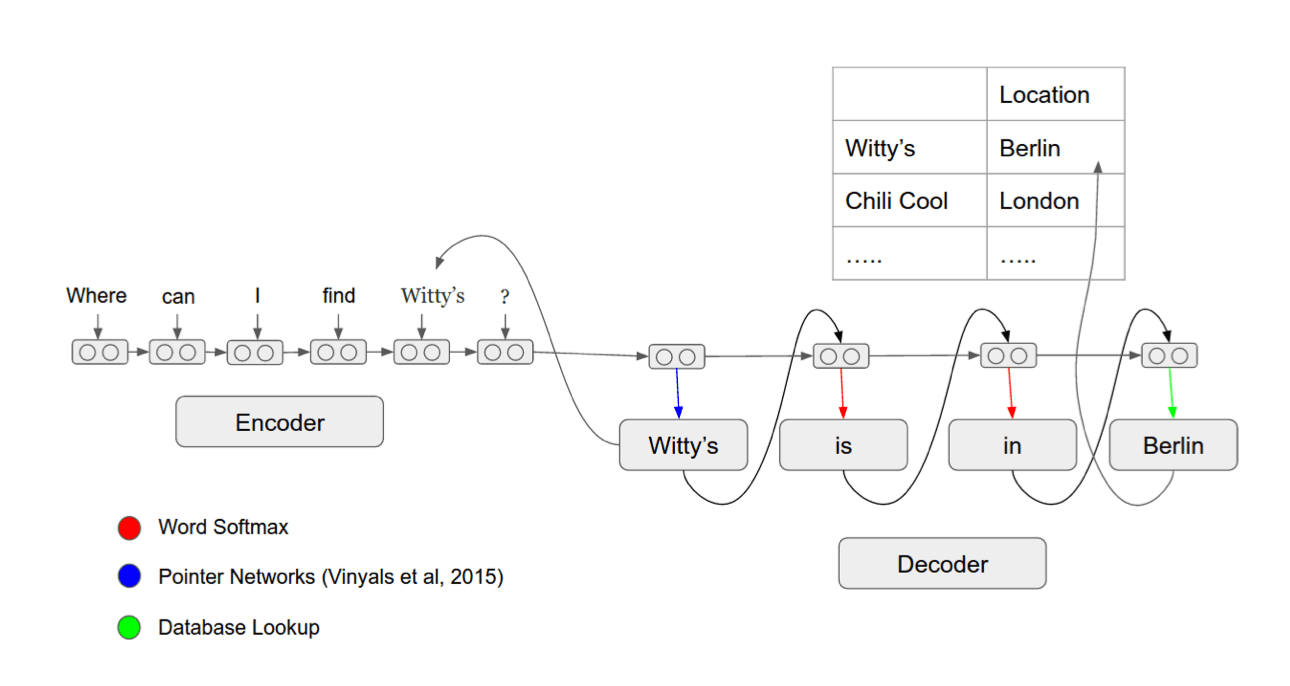 Caveat: Each of these examples requires a diﬀerent underlying KB!

Answer a question related to a given document.

Assumptions made in all of the above tasks

We formulate Cloze style queries from the story paraphrases.

Out of vocabulary (OOV) and proper nouns are dealt with by replacing all entities with anonymised markers. This greatly reduces the vocabulary size. 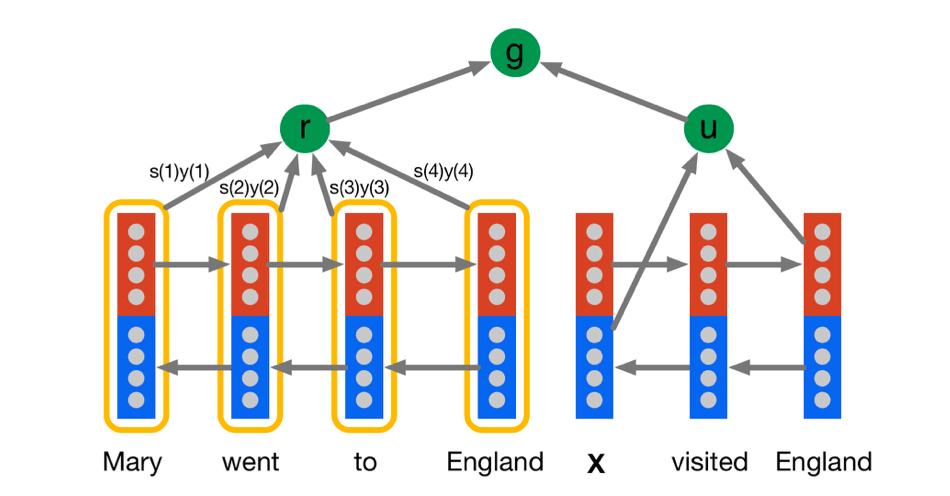 The model can be modiﬁed to make use of the fact that the answer is a word from the context document. Now we calculate the probability of the answer being in position \(i\) of the context: \[ p(i|q, d) \varpropto \exp(f_i(d)\cdot g(q)) \] Positional probabilities can then be summed to form token-based probabilities: \[ P(w|q, d) \varpropto \sum_{i(w,d)}P(i|q,d) \] The rest of the model is equivalent to the attentive reader model presented before.

Caveat: Need context for any of these, and incredibly up-to-date context for some of these. 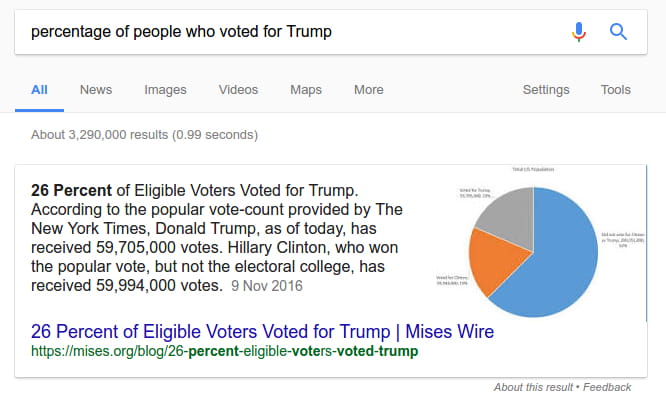 Answer Sentence Selection describes the task of picking a suitable sentence from a corpus that can be used to answer a question.

The answer is guaranteed to be extracted, while in reading comprehension it could be either generated or extracted.

Likewise, answer sentence selection plays a role in any information retrieval setup, and datasets from IR and other QA tasks can easily be converted into answer selection style datasets.

We need to compute the probability of an answer candidate \(a\) and a question \(q\) matching. Note that this is diﬀerent from the previous task as we now calculate that score independently of all other candidates: \[ p(y=1|q, a) = \sigma(q^TMa + b) \]

Unlike single entity style QA where we can use a simple accuracy measure, tasks such as answer sentence selection require more specialised metrics for evaluating model performance.

Note: Things like age or stock price may produce answers, but with no guarantee of accuracy (any mention of any AAPL price might be a good ﬁt).

In recent years a number of visual QA datasets have sprung up. Some of the more popular ones include:

Details between these datasets vary, but the basic organisation remains the same of images paired with simple questions and answers (either free form or from a list of options).

All of these are reasonably large (100ks of images, over 1M questions).

We have covered all the components already:

Ignoring the images is a good baseline!

We can get reasonably good guesses in at many of these questions without seeing an image for context.

Viewing VQA from the perspective of our default QA paradigm, there is signiﬁcant overlap with reading comprehension style models. We use similar techniques to improve performance.

We can use attention on visual representations: 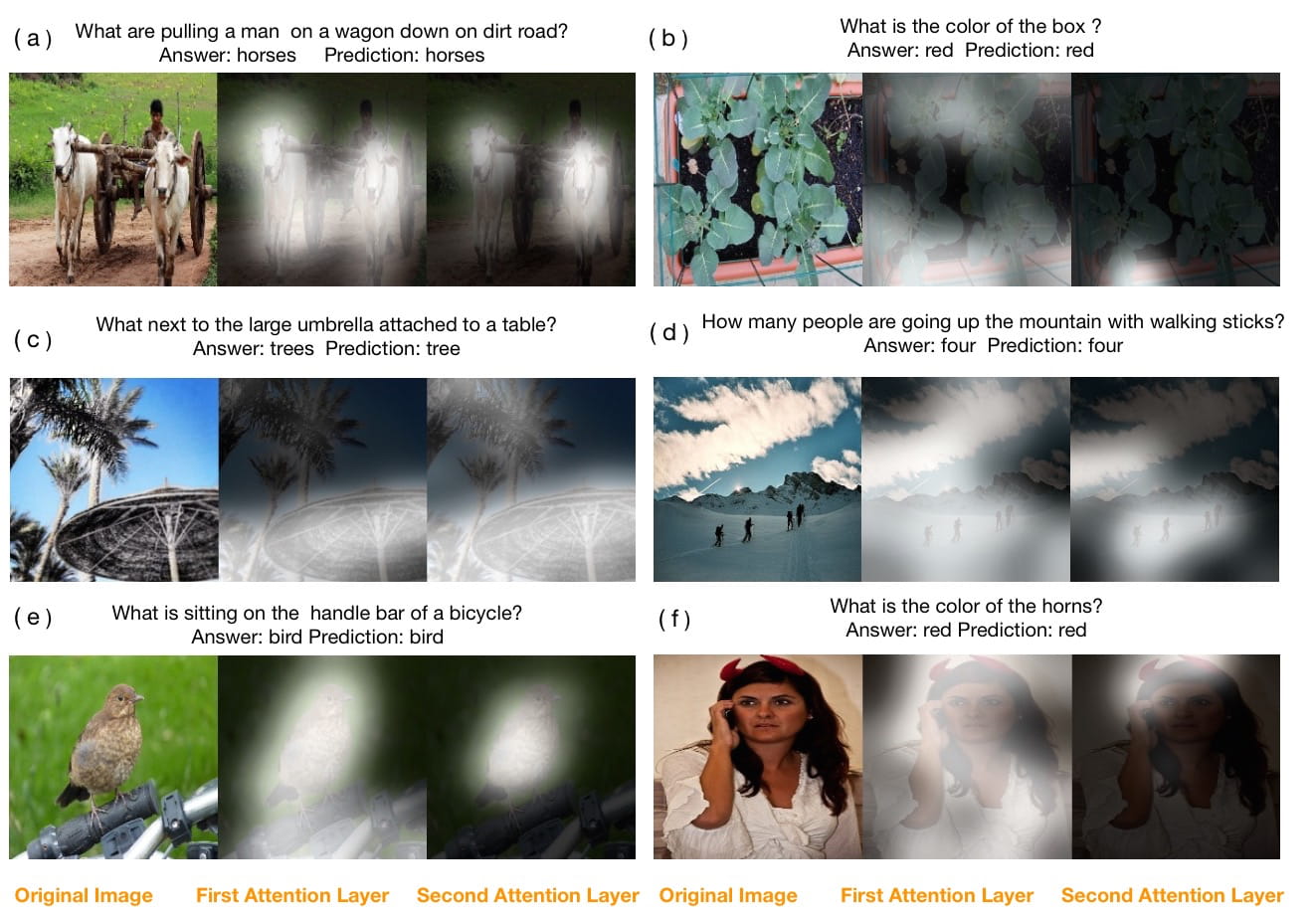 How to build your own QA system ?

There are plenty of open questions left in QA. Just remember to start with the data!