Speech recognition (SR) is the inter-disciplinary sub-field of computational linguistics that develops methodologies and technologies that enables the recognition and translation of spoken language into text by computers. 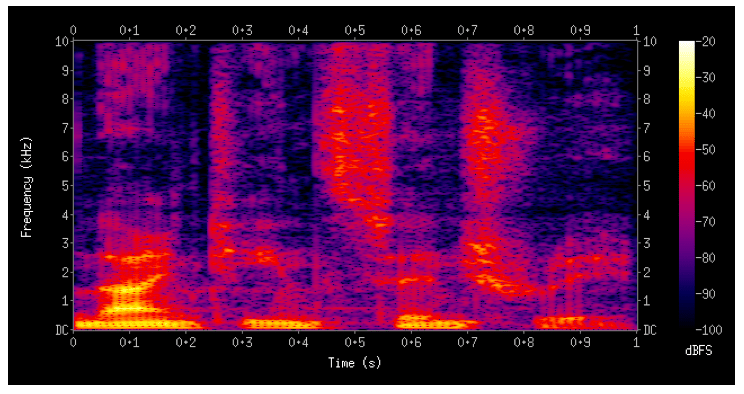 Speech evolved as communication to convey information, consists of sentences (in ASR we usually talk about “utterances”). Sentences composed of words.

Minimal unit is a “phoneme”

Speech signal represented as an observation sequence \(o = \{o_t\}\), we want to ﬁnd the most likely word sequence \(\hat{w}\).

We model this with a Hidden Markov Model. 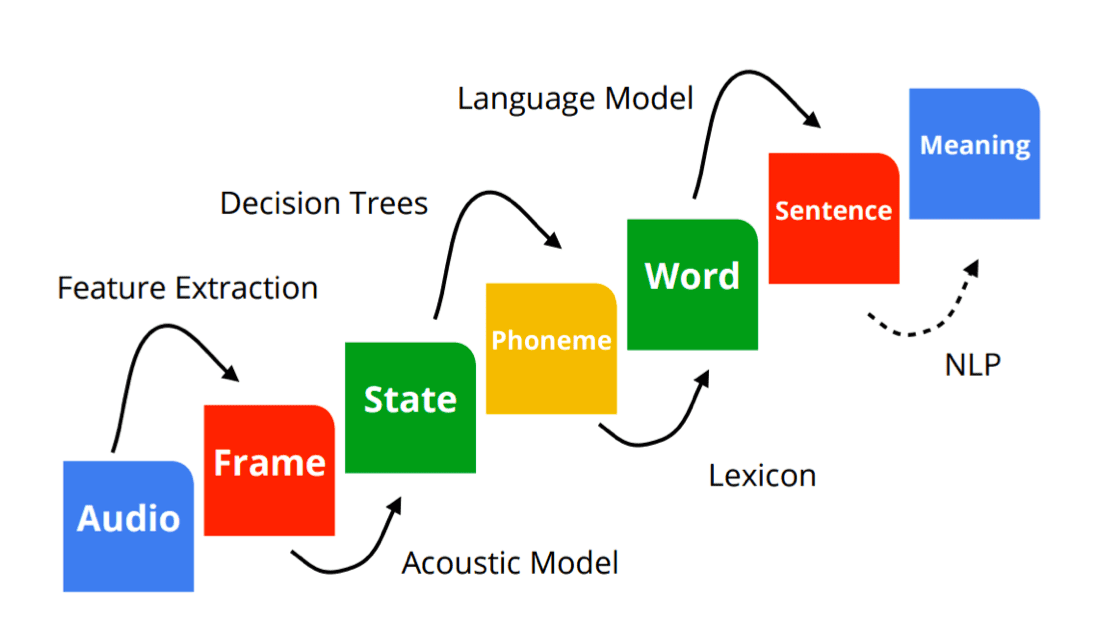 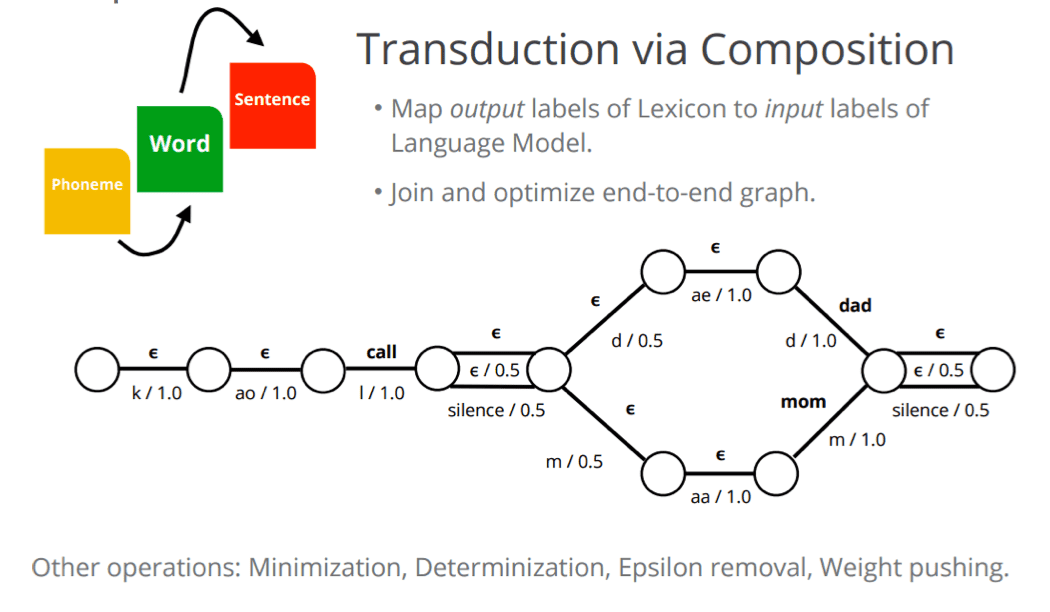 The difference between Phone and Phoneme

A phoneme is the smallest structural unit that distinguishes meaning in a language. Phonemes are not the physical segments themselves, but are cognitive abstractions or categorizations of them.

On the other hand, phones refer to the instances of phonemes in the actual utterances - i.e. the physical segments.

the words "madder" and "matter" obviously are composed of distinct phonemes; however, in american english, both words are pronounced almost identically, which means that their phones are the same, or at least very close in the acoustic domain.

A phone’s realization depends on the preceding and following context, could improve discrimination if we model diﬀerent contextual realizations separately:

So cluster – group together similar distributions and train a joint model. Have a “back-oﬀ” rule to determine which model to use for unobserved contexts. Usually a decision tree.

Model the probability distribution of the acoustic features for each state: \[ P(o_t|c_i) = \sum_j w_{ij}N(o_t;\mu_{ij}, \sigma_{ij}) \] Often use diagonal covariance Gaussians to keep number of parameters under control.

Given an alignment mapping audio frames to states, this is parallelizable by state. But hard to share parameters / data across states.

Forced alignment uses a model to compute the maximum likelihood alignment between speech features and phonetic states. For each training utterance, construct the set of phonetic states for the ground truth transcription. Use Viterbi algorithm to ﬁnd ML monotonic state sequence under constraints such as at least one frame per state. Results in a phonetic label for each frame, which can give hard or soft segmentation.

With a transducer with states \(ci\):

Speech recognition unfolds in much the same way. Now we have a graph instead of a straight-through path.

Typically use max probability, and work in the log domain. Hypothesis space is huge, so we only keep a “beam” of the best paths, and can lose what would end up being the true best path. 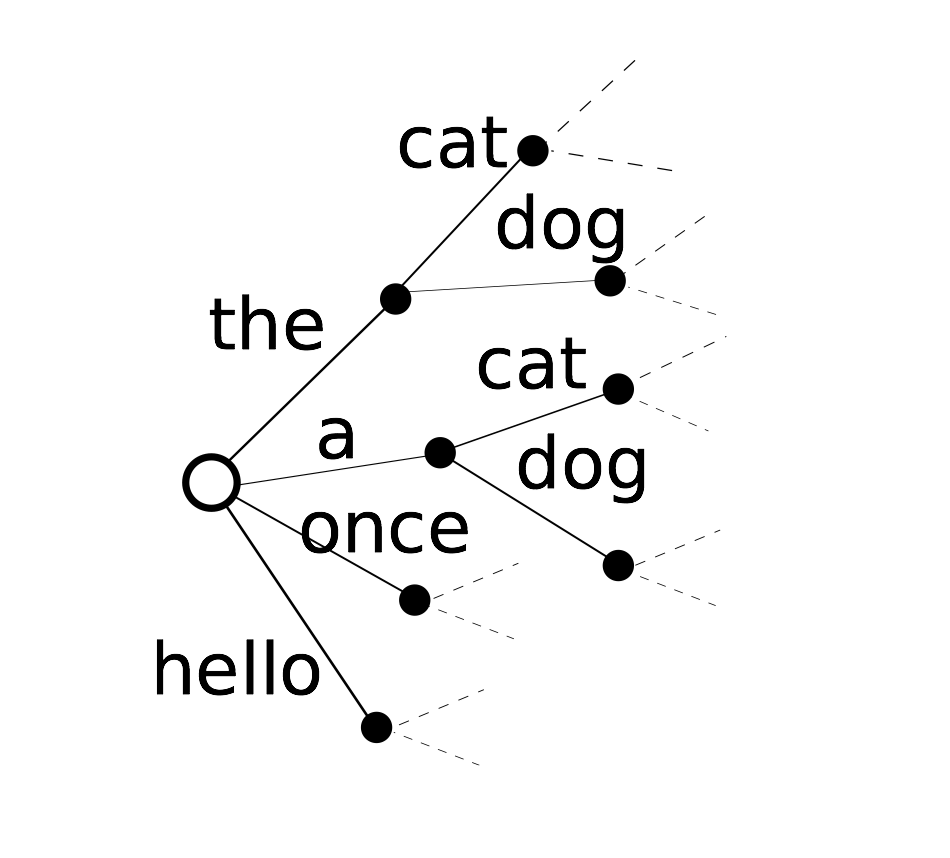 Train a neural network to discriminate classes. Use output or a low-dimensional bottleneck layer representation as features.

Train the network as a classiﬁer with a softmax across the phonetic units. Train with cross-entropy. Softmax will converge to posterior across phonetic states: \(P(c_i|o_i)\).

Example ﬁlters learned in the ﬁrst layer of a fully-connected network:

CTC is a bundle of alternatives to conventional system:

We care about Word Error Rate of the complete system. Design a loss that’s diﬀerentiable and closer to what we care about.

Basic sequence2sequence not that good for speech 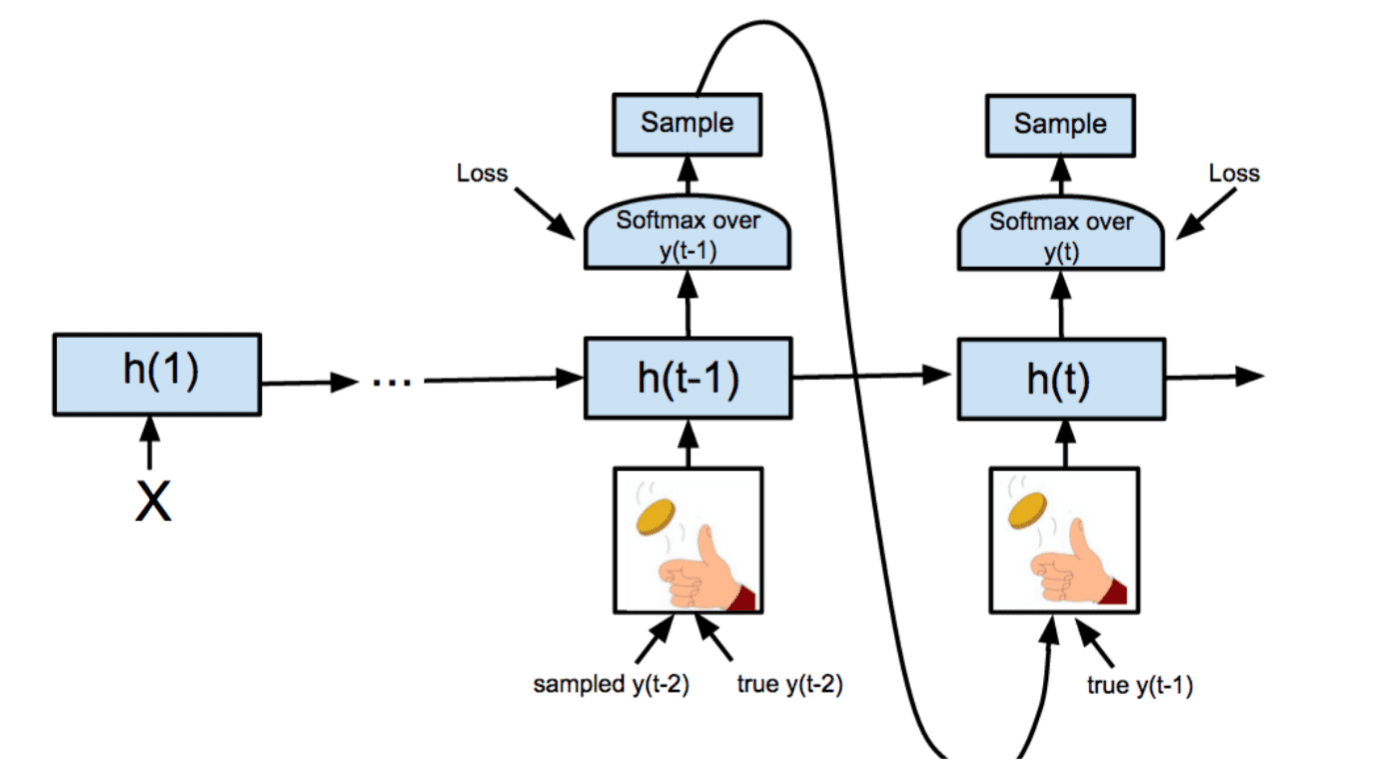 Solution: Transcribe monotonic chunks at a time with attention. 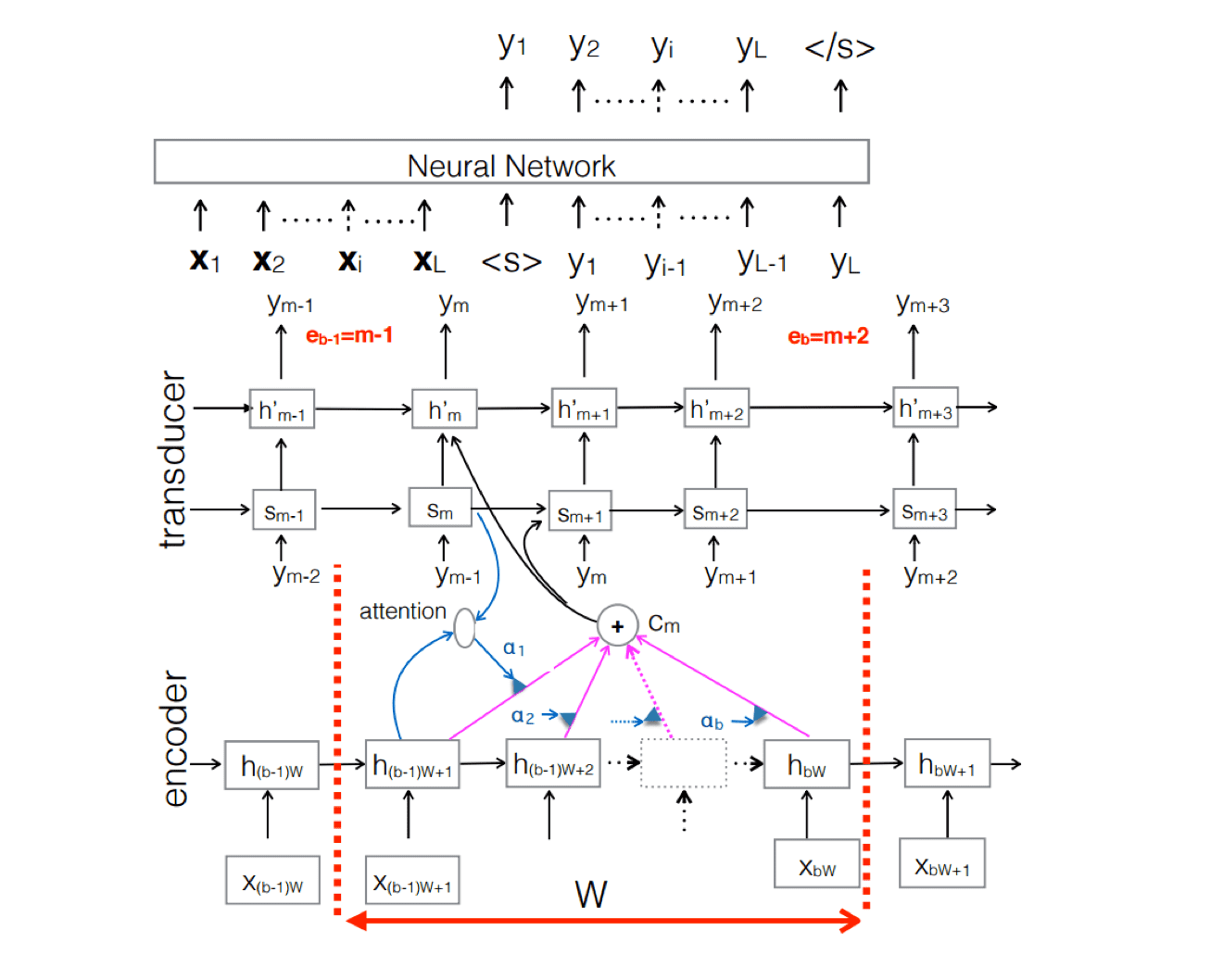 We typically train on a much-reduced dimensional signal. 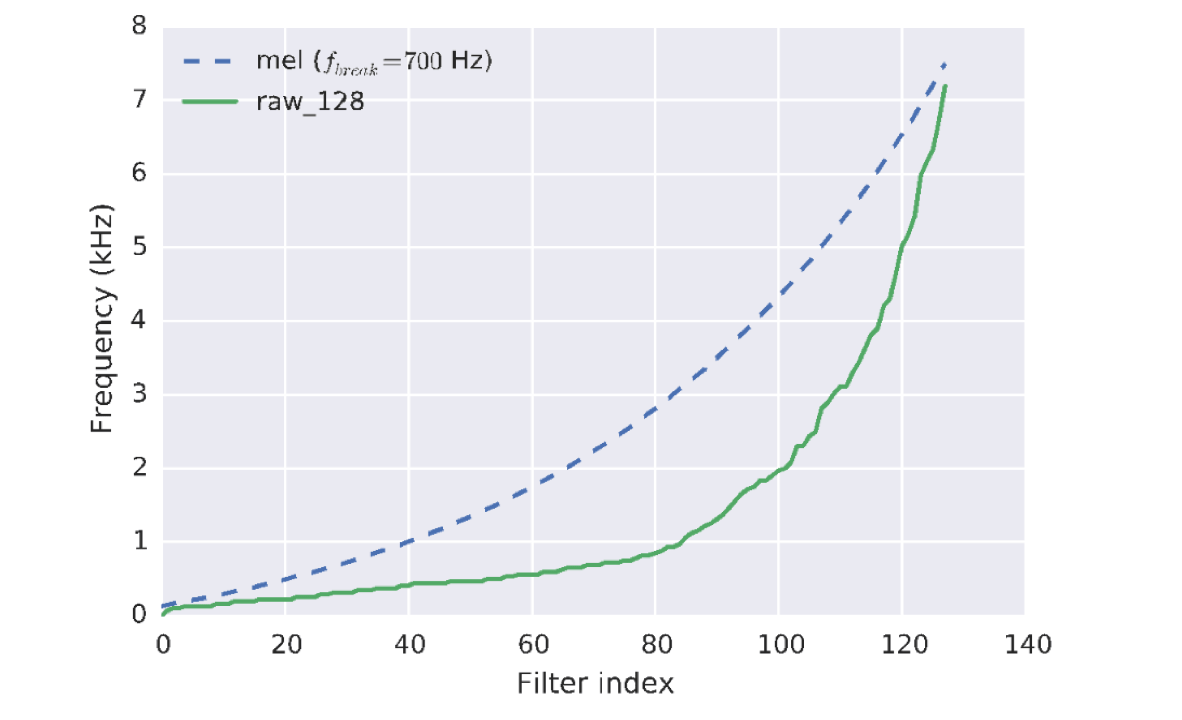 Multiple microphones give a richer representation, “closest to the speaker” has better SNR.

More features for a neural network to exploit. 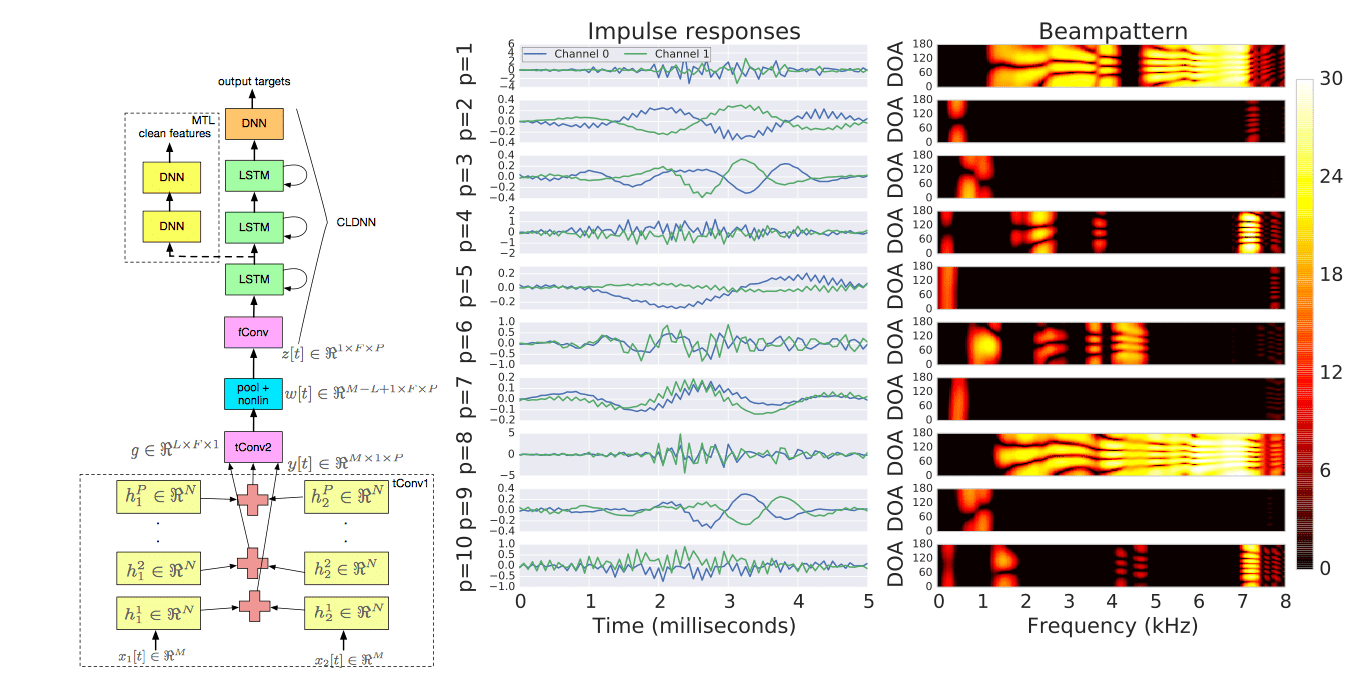