Problems about conditioning with vectors

Question: How do we build these matrices? 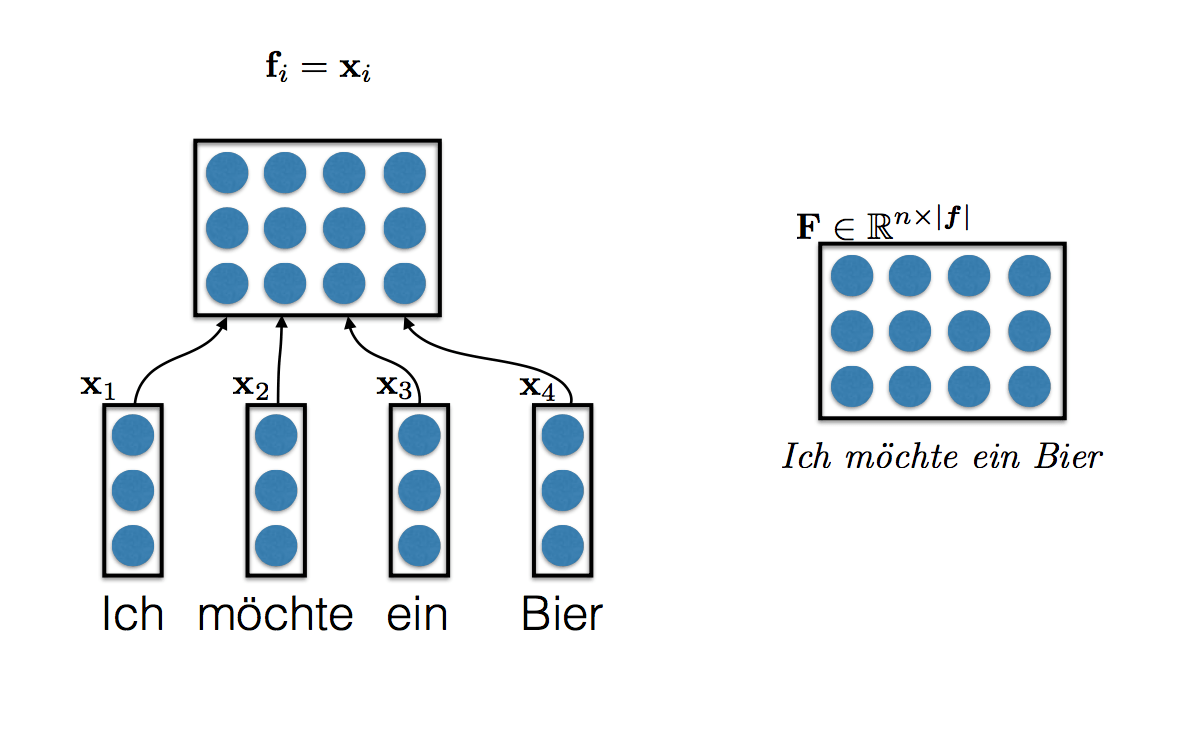 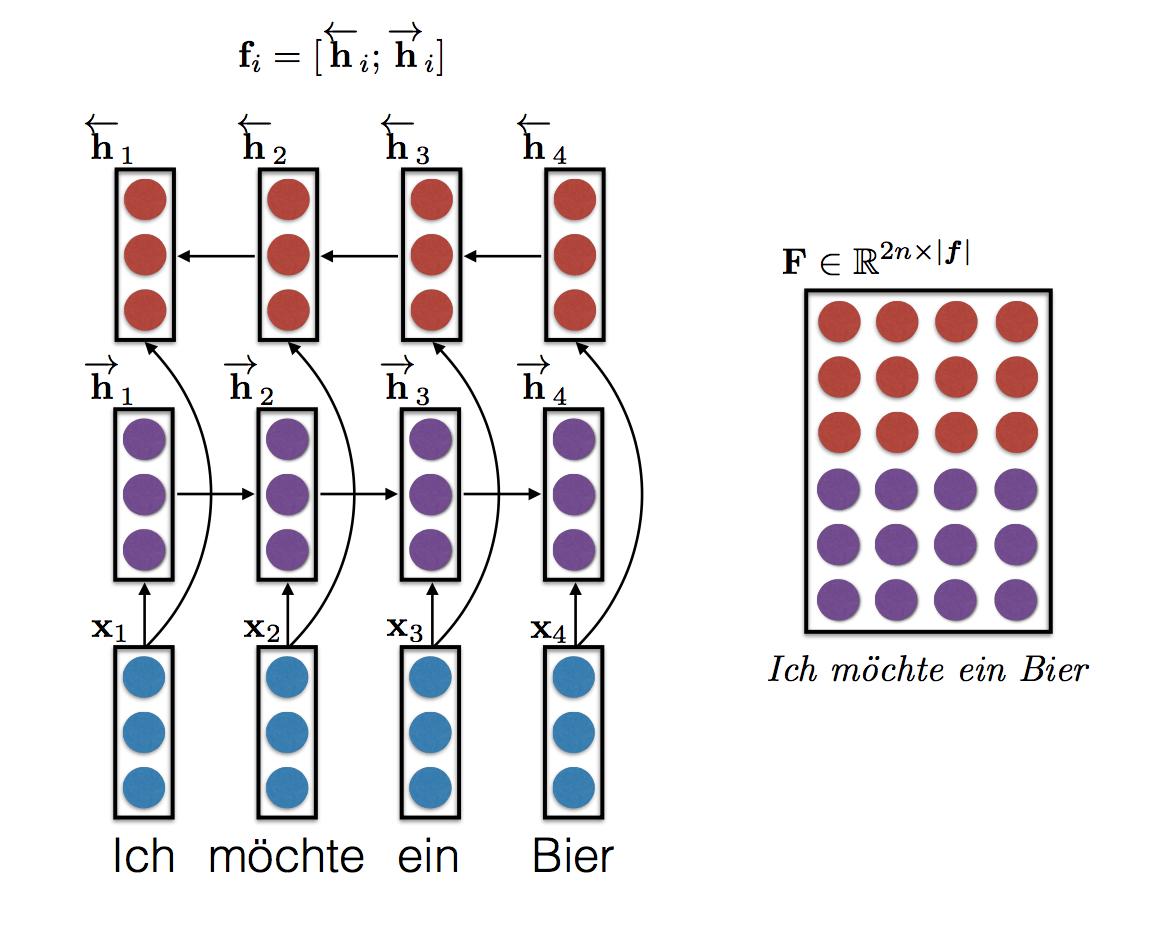 There are lots of ways to construct \(F\)

Bahdanau et al. (2015) were the ﬁrst to propose using attention for translating from matrix-encoded sentences. 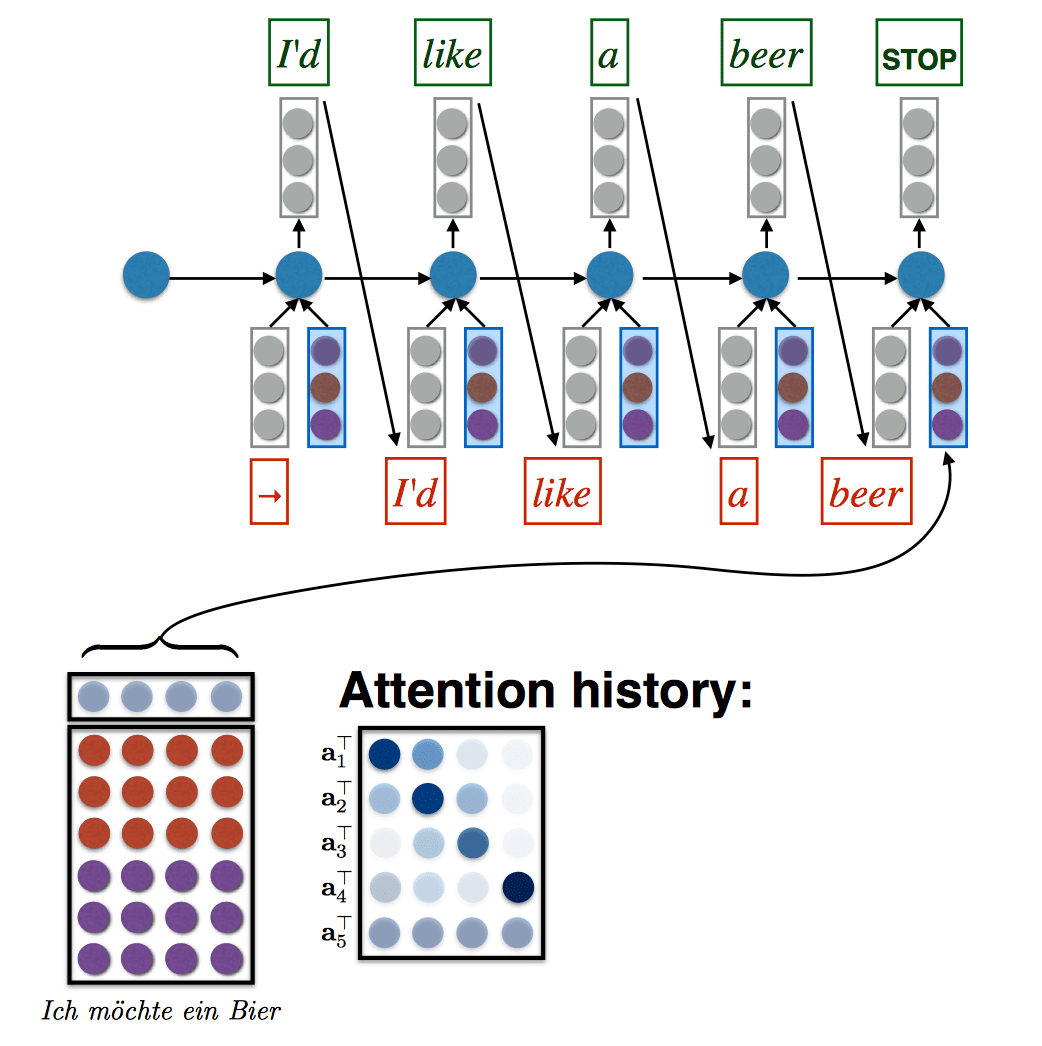 At each time step (one time step = one output word), we want to be able to “attend” to different words in the source sentence 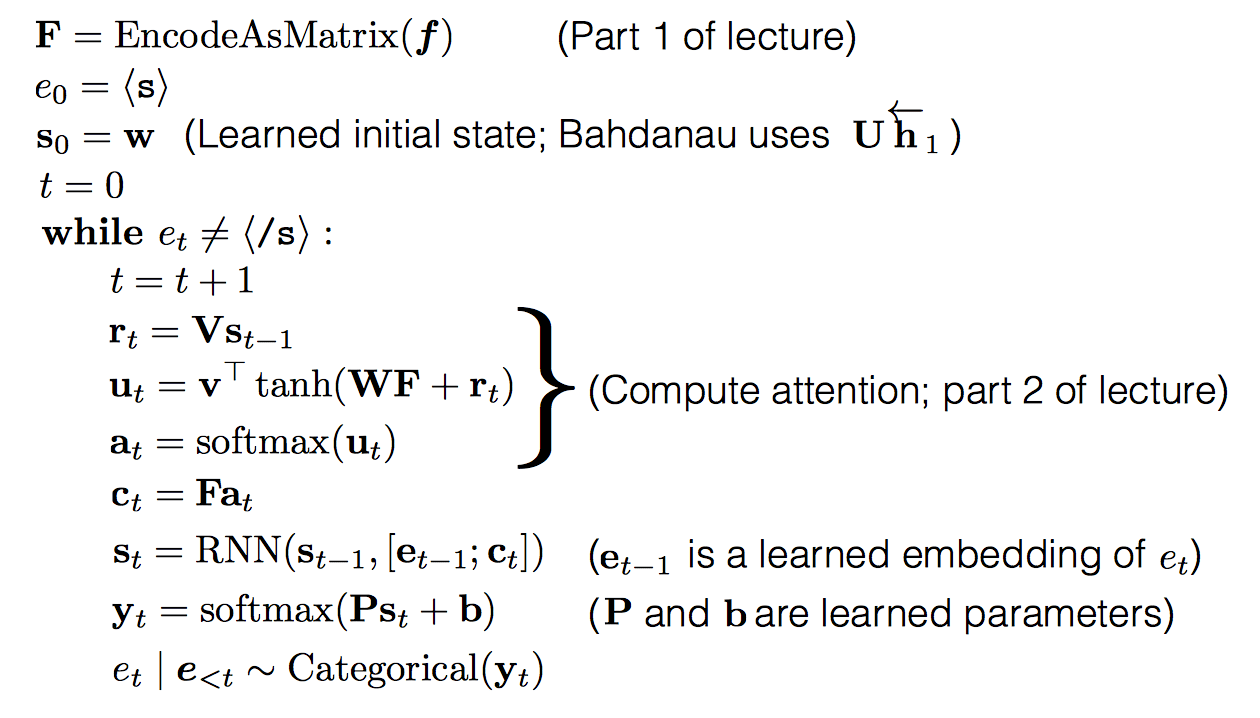 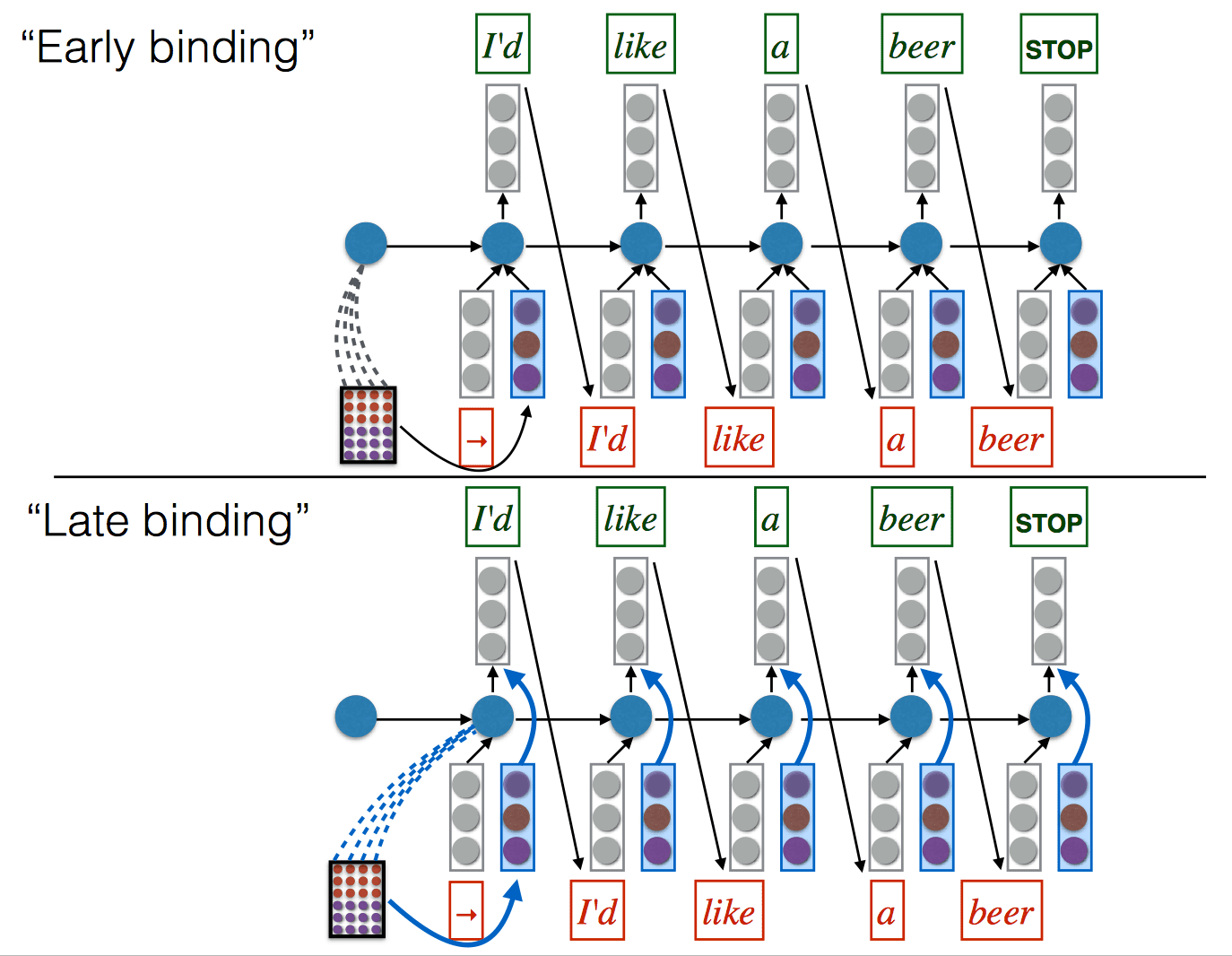 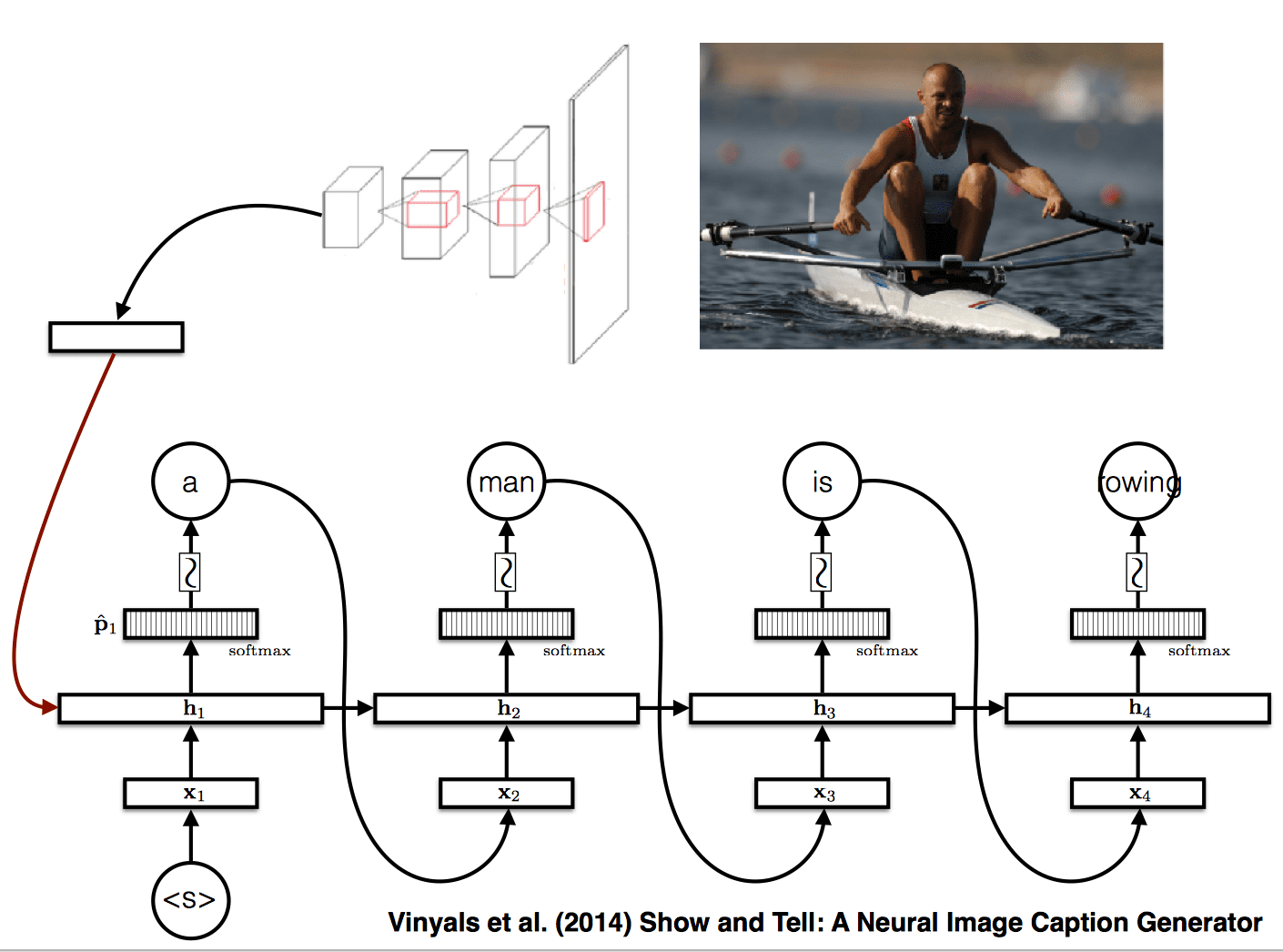 Each point in a “higher” level of a convnet deﬁnes spatially localised feature vectors(/matrices). 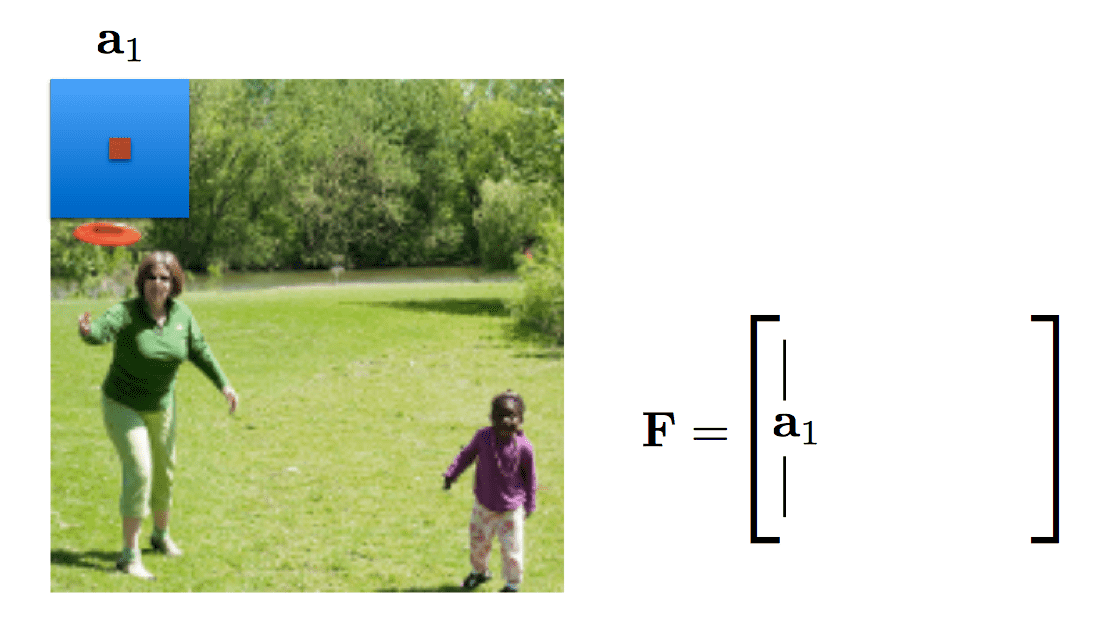 Attention “weights” ( \(a_t\) ) are computed using exactly the same technique as discussed above.

This is equivalent to using the REINFORCE algorithm (Williams, 1992) using the log probability of the observed words as a “reward function”. REINFORCE a policy gradient algorithm used for reinforcement learning. 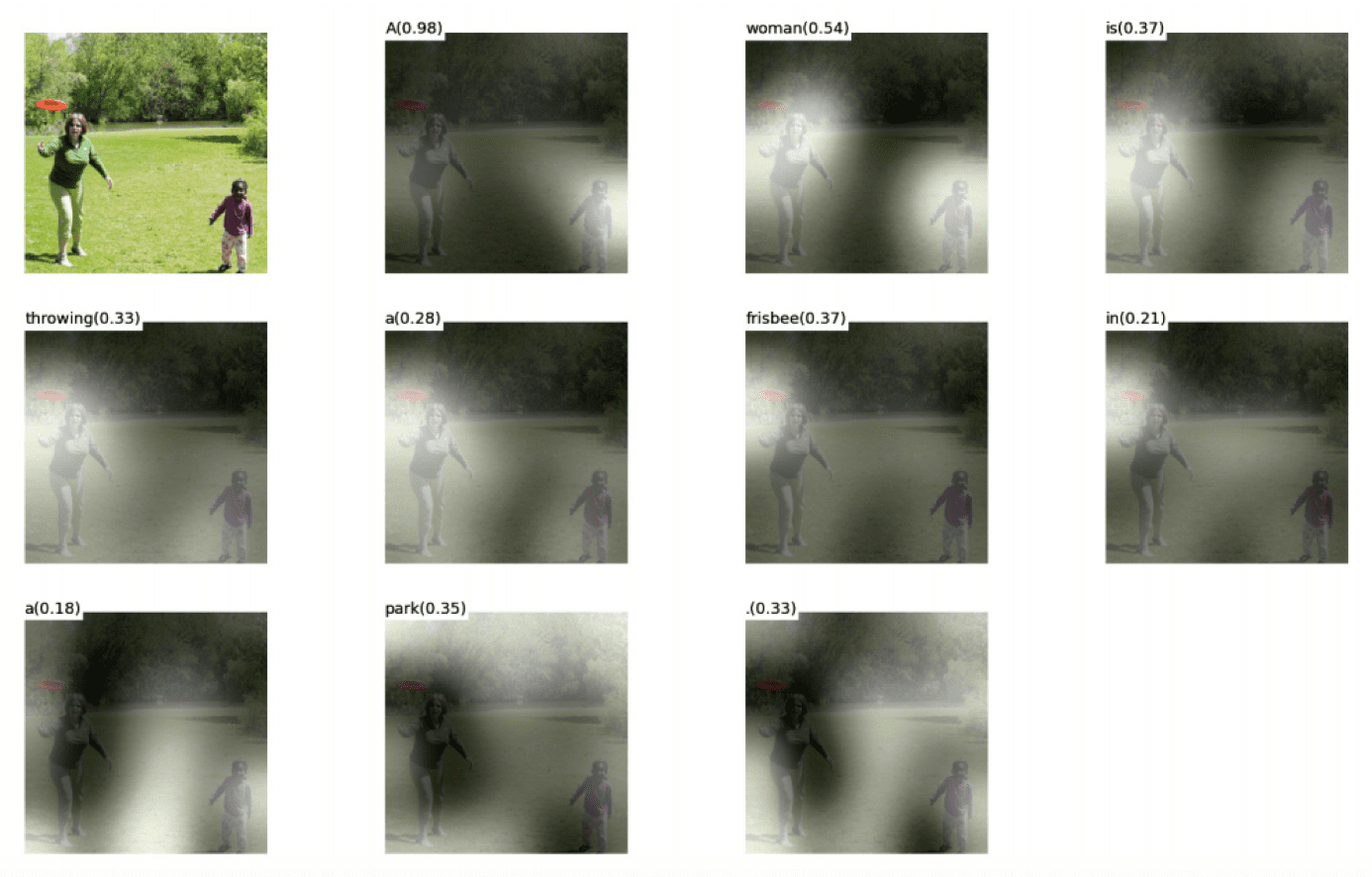