Note that we assume \(P(t_i|c) = P(t_j|c)\) independent of token position. This is the naive part of Naive Bayes.

This meas it is trivial to invert the process and generate new text given a class label.

A feature representation (of text) can be viewed as a vector where each element indicates the presence or absence of a given feature in a document.

A general framework for learning \(P(c|d)\) is logistic regression

which are referred to as the logistic and softmax function.

Given this model formulation, we want to learn parameters \(β\) that maximise the conditional likelihood of the data according to the model.

Due to the softmax function we not only construct a classifier, but learn probability distributions over classifications.

There are many ways to chose weights \(β\):

Representing Text with a RNN

So in order to classify text we can simply take a trained language model and extract text representations from the final hidden state \(c_n\).

Move the classification function inside the network 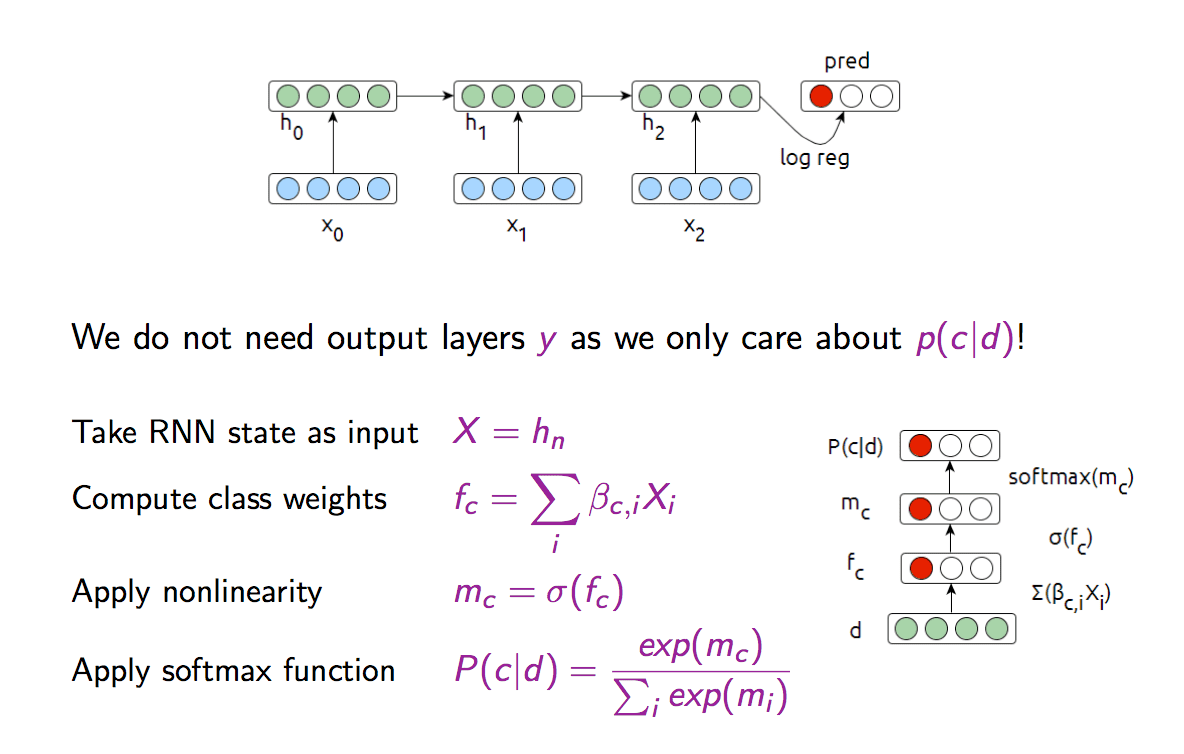 In practice it may make sense to combine an LM objective with classifier training and to optimise the two losses jointly.

Another way to add signal is to process the input text both in a forward and in a backward sequence.

A bidirectional network can be used as a classifier simply by redefining \(d\) to be the concatenation of both final hidden states: \[ d = (\rightarrow{h_n}||h_0\leftarrow) \] RNN Classifier can be either a generative or a discriminative model

Encoder: discriminative (it does not model the probability of the text) Joint-model: generative (learns both \(P(c)\) and \(P(d)\)).

Reasons to consider CNNs for Text: